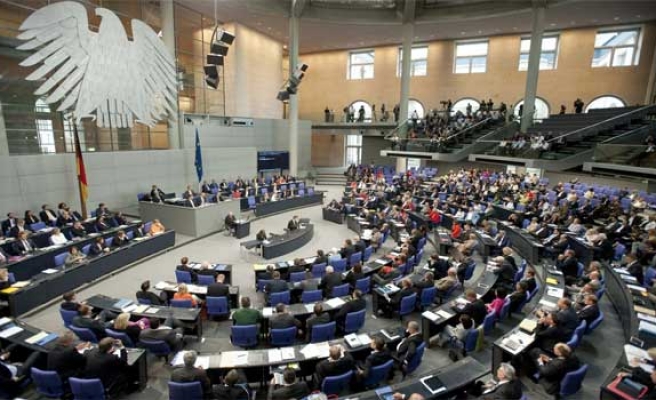 Germany’s Social Democrats (SPD) announced Friday that they were open to discussions on forming a coalition government.

However, the party did not say whether it had reversed its earlier opposition to a “grand coalition” with Chancellor Angela Merkel’s Christian Democratic Union/Christian Social Union (CDU/CSU).

Following a night of debate between the party’s leaders, SPD Secretary General Hubertus Heil told reporters in Berlin: “The SPD firmly believes that there must be talks. The SPD will not close doors to talks.”

The party, which was a junior partner in Merkel’s previous administration, has remained aloof from negotiations between the CDU/CSU, the left-wing Greens and the pro-business Free Democrats following September’s federal election.

The talks collapsed Sunday, raising fears of a deadlock that could result in a fresh election. Failure to produce a coalition would be a first in the history of the federal republic.

Heil said the SPD would await the outcome of President Frank-Walter Steinmeier’s meetings with the leaders of other parties.

Steinmeier stepped to break the deadlock after the Free Democrats called off coalition negotiations with the CDU/CSU and the Greens.

Schulz has said the election reflects voters’ opposition to another coalition between Merkel’s conservatives and the SPD.

However, other SPD figures have supported a coalition or backing a minority CDU/CSU government.

Both the CDU/CSU and the SPD were severely weakened in September’s poll and many in the SPD have blamed their poor showing on the party’s membership of the previous coalition.

Although Merkel’s bloc is still the biggest group in parliament, it needs the support of either the SPD or two smaller parties to form a government.