German spy chief quits in scandal over murders of Turks

German media have said an official working in the intelligence agency is suspected of having destroyed files on an operation to recruit far-right informants just one day after the involvement of the NSU in the murders became public. 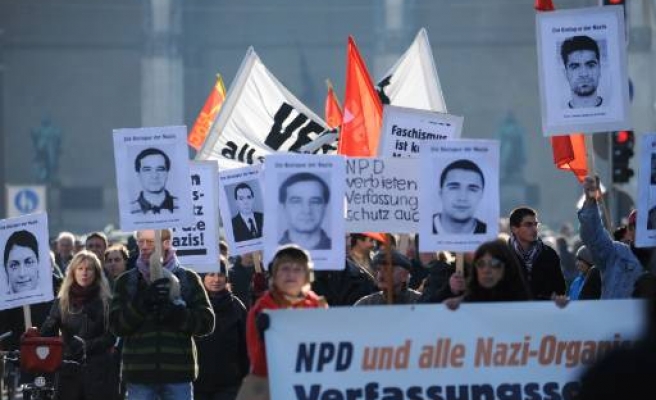 The head of Germany's domestic intelligence service resigned on Monday after admitting that his agency had shredded files on a neo-Nazi cell believed to have killed 10 people, mostly of Turkish origin, over several years.

Heinz Fromm's resignation is the latest in a series of embarrassing setbacks for Germany's security services over their handling of the "National Socialist Underground" (NSU), which went undetected for more than a decade despite its murder of 10 people, mostly ethnic Turkish immigrants.

An interior ministry spokesman confirmed that Fromm would quit his post, which he has held since 2000, at the end of July.

German media have said an official working in the intelligence agency is suspected of having destroyed files on an operation to recruit far-right informants just one day after the involvement of the NSU in the murders became public.

Fromm told the Spiegel weekly that the shredding of files in the case had done grave damage to the reputation of his agency, known in Germany as the Federal Office for the Protection of the Constitution.

Despite his resignation, Fromm is expected to appear as a witness in the NSU case before a parliamentary committee later this week, lawmaker Sebastian Edathy said.

Germans, burdened by their Nazi past, were mortified by last year's news that three neo-Nazis had been behind the killings of eight ethnic Turks, an ethnic Greek and a police officer in a period running from 2000 to 2007.

The NSU cell's culpability only came to light after two of the neo-Nazis committed suicide following a botched bank robbery last autumn. A third member was later arrested.

Chancellor Angela Merkel publicly apologised to the families of the murder victims for the catalogue of neglect and errors that allowed the NSU cell to operate with impunity for so long.