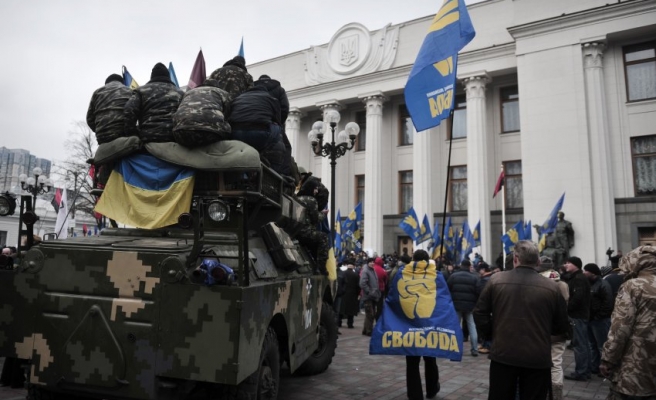 Germany's right-wing extremist National Democratic Party of Germany (NPD) has been supporting the Ukrainian nationalist party Svoboda in the crisis-hit eastern European country, it has been claimed.

NPD leader Holger Apfel, who showed up in Germany's Saxony state parliament with a "parliamentary delegation" from Ukraine last year, had then told NPD parliamentarians that the Svoboda party was "one of the most important European right-wing parties."

Germany's Left Party presented a parliamentary query into the Svoboda-NPD connection, prompting a response from the Interior Ministry, which stated that the the NPD was networking with other right-wing extremist organizations in eastern Europe.

Stating intel from the Anti-Fascist Information Center in Munich, the Spiegel report claimed that Svoboda has also established chapters in Frankfurt, Cologne and Munich and have been active in electing a Munich student of Ukrainian descent as the chairman of a Catholic parish hall in August 2013.