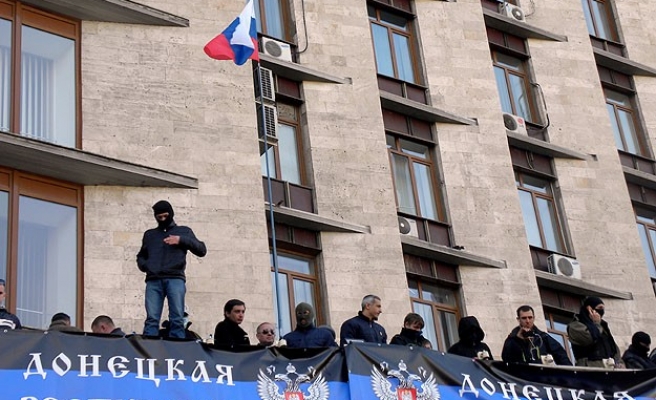 Berlin's Foreign Ministry on Sunday strongly advised Germans to avoid travelling to eastern areas of Ukraine due to the tense situation and said journalists risked being held by separatist forces there.

"The situation in eastern Ukraine is very tense at the moment," said the ministry, adding an increasing number of state institutions were occupied by armed individuals.

"In view of the latest developments, it must be assumed that representatives of the media are at special risk of being held or seized by separatist forces," it said in a statement.