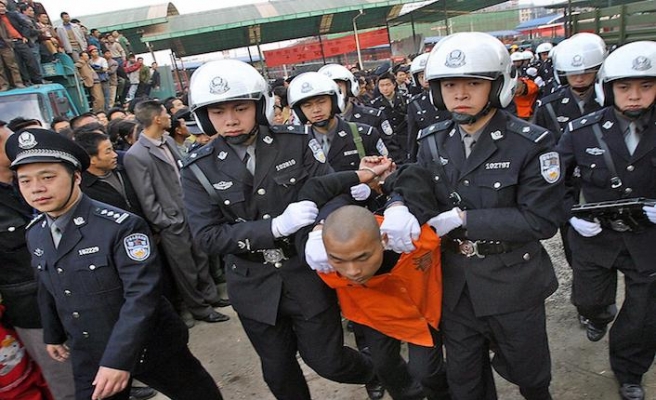 “I am shocked by reports of the treatment of the Turkic Uighur minority, more than one million of whom are estimated to be imprisoned in internment camps in Xinjiang,” she said in a statement, ahead of German-Chinese Human Rights Dialogue meeting set to start on Thursday.

“Unfortunately, my request to travel to Xinjiang in the context of the dialogue was refused. I would have liked to have gained a first-hand impression of the situation there and will continue to push for permission to visit Xinjiang soon,” she said.

Following her talks in Beijing, she is scheduled to travel to Lhasa, Tibet, to chair the meeting on December 6-7.

Xinjiang region is home to around 10 million Uyghurs. The Turkic Muslims have long accused China’s authorities of cultural, religious and economic discrimination.

China stepped up its restrictions on the region in the past two years, banning men from growing beards and women from wearing veils, and introducing what many experts regard as the world’s most extensive electronic surveillance program, according to the Wall Street Journal.

Up to one million people, or about seven percent of the Muslim population in China’s Xinjiang region, have now been incarcerated in an expanding network of “political re-education” camps, according to U.S. officials and United Nations experts.