Berlin says extension of Greek bailout program is possible if Athens' promises to reform are 'satisfactory'. 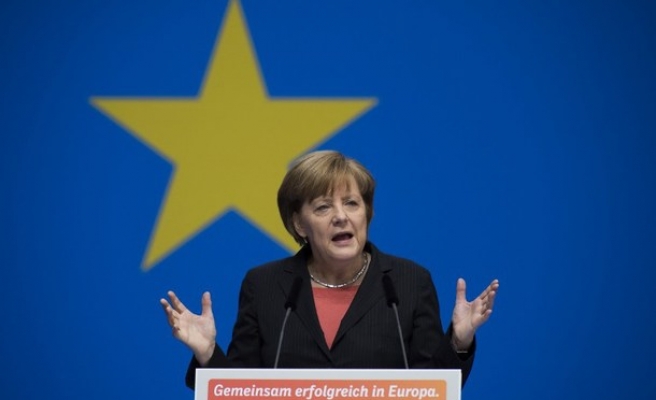 World Bulletin / News Desk
The German government has said it will request from parliament an extension of the Greek bailout program if Athens submits a “satisfactory” reform plan to international lenders.

The comments came on Monday a day after the Greek government submitted a draft proposal of economic reforms to its creditors, which were required under an agreement with creditors signed in an eleventh-hour deal on Friday.

German Finance Ministry spokesman Martin Jaeger said at a press conference in Berlin: "I see no reason for not being able to extend the program this week, but of course this depends on the quality of the economic reform program to be sent by Athens.

"We would timely submit our request to the parliament."

Jaeger said Eurozone finance ministers were scheduled to discuss details of economic reform proposals to be made by the Greek government at a teleconference on Tuesday, following an evaluation by the Troika institutions of the European Commission, European Central Bank and the IMF.

“If the reform list would be considered satisfactory in line with the conclusions of the Eurogroup meeting last Friday, than we can take the next steps for the extension of the current program for four months,” Jaeger said.

Greece’s bailout deal expires on Feb.28, and any agreement among the Eurogroup members to extend the bailout program has to be approved by German parliament before Sunday.

Minister of State Nikos Pappas said in a television interview on Sunday that the list would include measures to tackle tax evasion and streamline the civil service.

Other reforms addressed structural issues, but did not include details of projected revenue increases or spending cuts, Pappas said.

"Bailout monitors" at the Eurogroup, along with the International Monetary Fund, will determine whether the tentative agreement to extend the €172 billion ($195.7 billion) bailout until June can proceed.

The agreement requires passage and implementation of reforms without delay by the Greek government, which is also not permitted to operate at a deficit throughout the bailout period.

The Greek government may, however, choose which areas of the economy it seeks to address with reforms, subject to the approval of creditors.