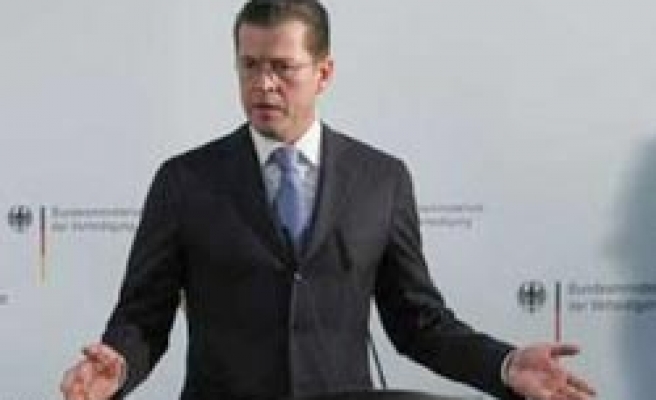 Germany, is among invasion forces in Afghanistan, is working on five different models for overhauling the armed forces, or Bundeswehr, in order to cut defence costs and modernise the military.

Defence Minister Karl-Theodor zu Guttenberg favours a scheme that would see the size of the armed forces reduced to 163,500 from around 250,000 at present, according to the sources.

Nearly all troops would be professionals, with a small programme of about 7,500 short-term volunteers remaining in place of the 60,000 troops that now consist of men fulfilling a requirement to serve for six months.

Until the fall of the Berlin Wall in 1989, the Federal Republic shied away from participation in armed conflicts and foreign deployment of the army was limited to humanitarian aid.

Guttenberg's preference would not necessarily seal the army's fate, which has been the focus of heated debate within the ruling centre-right coalition.

Many within Chancellor Angela Merkel's conservatives want to keep mandatory military service, while the pro-business Free Democrats (FDP) want to abolish it. The model favoured by Guttenberg would not formally abolish but rather suspend it.

The minister is due to present the models to the government's defence experts on Aug. 23.