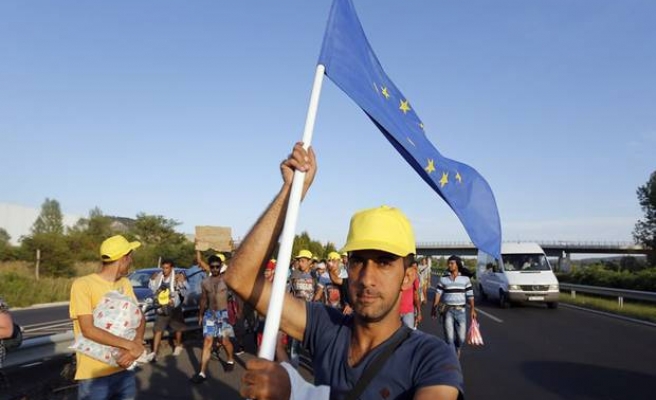 Germany and France would take nearly half of the 120,000 refugees to be relocated from frontline states under a plan by European Commission chief Jean-Claude Juncker, a European source said Monday.

According to Juncker's proposal for mandatory quotas for EU states which is set to be unveiled Wednesday, Germany would take 31,443 and France 24,031, to relieve the burden on Greece, Italy and Hungary, the source says, AFP reported.

French President Francois Hollande confirmed in a press conference on Monday that France would take 24,000 refugees over two years.

Europe has been spurred into action by public outrage over pictures of the body of Syrian boy Aylan Kurdi, who drowned with his brother and mother while the family were crossing from Turkey to Greece last week.

Juncker is due to formally announce his plan for the relocation of 120,000 refugees in his EU State of the Union speech on Wednesday.

But many states including Hungary are opposed to quotas, and an earlier Juncker plan for the mandatory relocation of 40,000 refugees was rejected by EU member states at a summit in June.