'Given the humanitarian disaster happening before the eyes of the world in and around Aleppo and up to the Turkish border, common action is urgently needed to enable humanitarian access,' German foreign ministry says 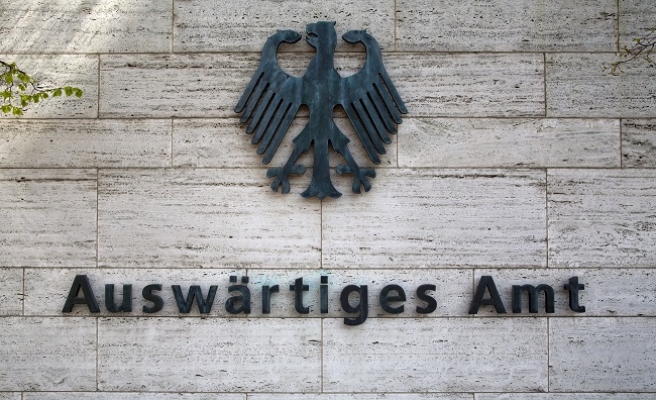 Germany hopes diplomatic talks on Syria it is hosting this week will agree to provide humanitarian relief to Aleppo and other cities besieged by Russian-backed regime forces, officials said Wednesday.

U.S. Secretary of State John Kerry and his Russian counterpart Sergei Lavrov will be among participants at talks in Munich on Thursday which could discuss suspended UN-brokered talks.

"Given the humanitarian disaster happening before the eyes of the world in and around Aleppo and up to the Turkish border, common action is urgently needed to enable humanitarian access to the desperate, starving, suffering people not only in Aleppo but also in other places under siege," said foreign ministry spokesman Martin Schaefer.

Western countries accuse Moscow of torpedoing peace talks in Geneva by using its air power to back a Syrian government offensive in Aleppo. The talks have been suspended until February 25.

The southern German city of Munich on Thursday hosts a meeting of the International Support Group for Syria, in the sidelines of an annual security conference.

Its aim is "to see how ... the Geneva talks can restart between the Assad regime and the Syrian opposition", Schaefer said.

"One hardly dares use the word ceasefire given the events of recent days, but that's of course the ultimate goal", the spokesman said, adding that Berlin remains convinced that there is "no military solution" to the Syria conflict.

"Russia must stop bombing and must seek a solution for the future of Syria at the negotiating table," she said.