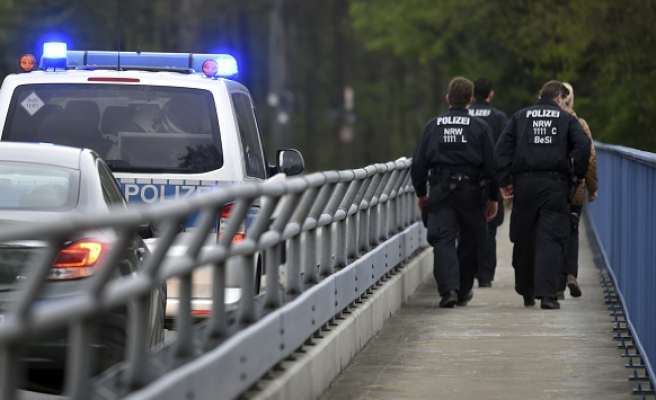 Police in western German city of Cologne came under criticism on Monday for letting pro-PKK demonstrators carry posters of a terrorist leader during a cultural festival last week.

On Saturday, local police did not stop demonstrators who were carrying posters with images of Abdullah Ocalan, a jailed PKK leader.

The Federal Interior Ministry has distanced itself from the controversial practice of the local police, and reaffirmed federal government’s stance against the terrorist organization PKK.

“What has happened does not correspond to what we understand from the imposed ban and the subsequent prohibition on symbols used by the group,” Interior Ministry spokesman Johannes Dimroth told a press conference in Berlin.

“We would like to re-examine whether there is a need to further specify the prohibition on symbols, to make it possible for the federal states to take effective actions,” he said.

The PKK was banned in Germany in 1993, following violent protests carried out by group members in the country.

In March this year, Germany’s federal interior ministry updated its list of prohibited symbols used by the PKK, and informed federal states, amid calls by Turkey to take stricter measures against terrorism propaganda.

The updated list included posters of Ocalan with a yellow background, which was widely used by PKK supporters in previous years.

Police spokesman argued that these posters, printed on a white background, were not included in the federal ministry’s list of prohibited symbols.

Turkey on Saturday disapproved the pro-PKK rally and summoned Germany's ambassador in Ankara to the Foreign Ministry.

The Foreign Office urged Germany to adopt a "principled stand against all kinds of terrorism".

PKK's continued propaganda, recruitment, and fund-raising activities remain the main source of tensions between Turkey and its NATO partner Germany.

The terrorist group has nearly 14,000 followers among Germany’s Kurdish immigrant population, according to the German domestic intelligence agency BfV.

Since then, it has been responsible for the deaths of some 1,200 Turkish security personnel and civilians, including a number of women and children