Germany ready for all Brexit scenarios 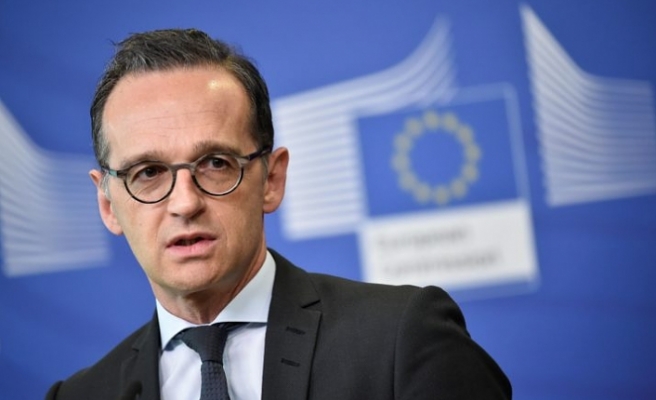 Germany is ready for all Brexit scenarios, including the U.K. leaving the EU without an agreement, Foreign Minister Heiko Maas said on Wednesday.

Addressing lawmakers in the parliament during a debate on annual budget, Maas expressed concerns about the parliamentary approval of a Brexit deal in the U.K.

“Today nobody knows what would be the decision of the House of Commons. But we are ready for all possibilities, we are ready for Great Britain’s withdrawal from the EU, with or without an agreement,” he said.

Maas underlined that Germany wanted to maintain a close cooperation with the U.K. even after its withdrawal from the 28-member bloc.

“Great Britain is an important partner for us in terms of our shared values, democracy, human rights and freedoms,” he stressed.

“Therefore, we are working to realize a close strategic dialogue with the U.K. in foreign policy even after the Brexit” he added.

Earlier on Wednesday, Chancellor Angela Merkel expressed hope that the EU and the U.K. would formalize the Brexit agreement on Sunday.

“There are still reservations by Spain,” she said, referring to Madrid’s concerns about the status of Gibraltar after the Brexit.

“I can't say how exactly we will solve this issue, I hope that it will be solved until Sunday,” she added.

Spain has warned on Wednesday that it would reject Brexit deal if there is no clarification on the future of Gibraltar -- a British overseas territory.

Gibraltar, with a population of around 30,000, was ceded to Britain by Spain under the 1713 Treaty of Utrecht, but Spanish claims over the region continued. In referenda in 1967 and 2002, the Gibraltarian public widely rejected proposals for it to be governed by Madrid.