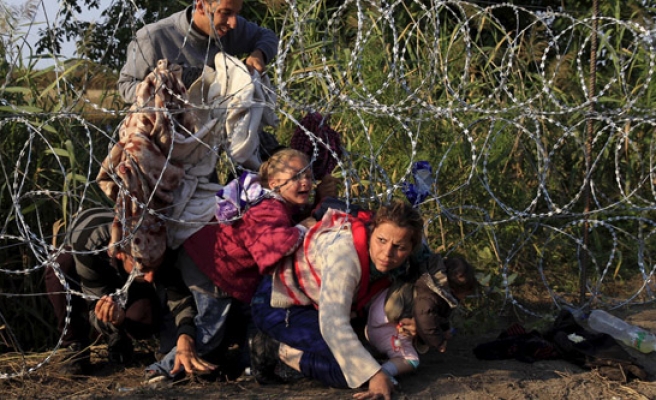 Two leading German manufacturers have turned their back on contracts worth hundreds of thousands of euros to help build up Hungary’s border with Serbia. Despite the gesture, more and more countries are fencing themselves off from the flow of asylum seekers into Europe according to a report in RT.

According to German media, Hungary, a major transit route for migrants attempting to reach Germany from Greece, put out a tender for 9,000 or 10,000 rolls of barbed wire in August. Each roll would have contained up to 10 feet of wire, and cost between €15 ($17) and €30 ($34) for an order of this size.

An upgraded version of barbed wire, razor wire is lighter, and features small blades instead of barbs, meaning it cuts more easily, and is harder to break with a pair of clippers.

Mutanox, a Berlin-based manufacturer said it refused to put forward a bid on principle.

"Razor wire is designed to prevent criminal acts, like a burglary. Fleeing children and adults are not criminals," a spokesman told Die Welt newspaper.

A second company, which wished to remain unnamed, said it initially submitted a bid, only to regret the decision and pulled back from the contract..

Die Welt reported that in the end a Chinese firm stepped in to fulfill the order.

Hungary’s nationalist government has been unapologetic about the construction of the fence, after 170,000 people entered the country illegally since the start of this year. It has recently approved a law that introduces sentences of up to three years for illegal crossers.