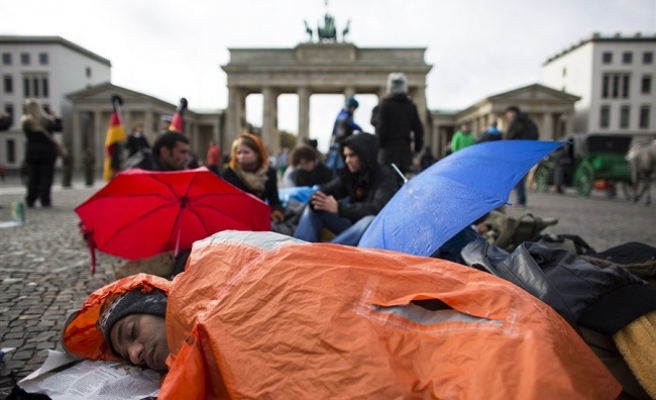 Germany moved Thursday to toughen its asylum policies, as Finland and Sweden announced plans to deport tens of thousands of people in a bid to contain the refugee crisis.

Vice Chancellor Sigmar Gabriel announced that Germany will place Algeria, Morocco and Tunisia on a list of "safe countries of origin" -- meaning their nationals would have little chance of winning asylum.

Some refugees will also be blocked from bringing their families to join them in Germany for two years, Gabriel said.

The tougher rules come after Germany, the European Union's powerhouse economy, took in some 1.1 million refugees in 2015 -- many of them refugees fleeing conflict in Syria.

German Chancellor Angela Merkel has come under fierce pressure in recent months to reverse her open-arms policy to those fleeing war and persecution, including opposition from within her own conservative camp.

The two Nordic countries are both struggling to cope with an influx of refugees and refugees fleeing misery in the Middle East and elsewhere -- receiving amongst the highest numbers of arrivals per capita in the EU.

The Finnish government expects to deport around two thirds of the 32,000 asylum seekers that arrived in 2015, Paivi Nerg, administrative director of the interior ministry, said.

"In principle we speak of about two thirds, meaning approximately 65 percent of the 32,000 will get a negative decision (on their asylum applications)," she said.

In neighbouring Sweden, Interior Minister Anders Ygeman said Wednesday that the government is planning over several years to deport up to 80,000 people whose asylum applications are set to be rejected.

"We are talking about 60,000 people but the number could climb to 80,000," he told Swedish media, adding that, as in Finland, the operation would require the use of specially chartered aircraft.

He estimated that Sweden would reject around half of the 163,000 asylum requests received in 2015.