'It is in our common interests to counter these common threats,' German FM Steinmeier says 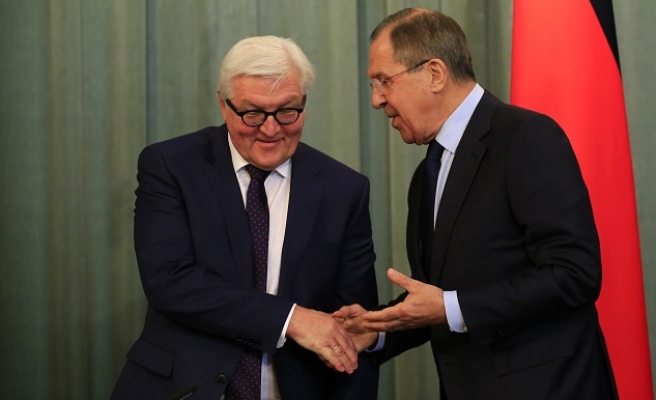 Addressing a joint press conference following their meeting, Steinmeier said: "It is in our common interests to counter these common threats".

Lavrov called on the Organization for Security and Co-operation in Europe (OSCE) to play a more active role in fighting terrorism.

Both ministers also urged Europe to unite against terrorism in the wake of Tuesday’s Brussels bombings, which killed at least 31 people.

The bombings came four days after the arrest of Paris attacks suspect Salah Abdeslam and a week after a police shootout in the Brussels district of Forest where a suspected ISIL member was shot dead.

ISIL has claimed responsibility for the attack through a news agency linked to the group.