The decision to ask the CIA station chief to leave came after dramatic reports of U.S. espionage activity in Germany. 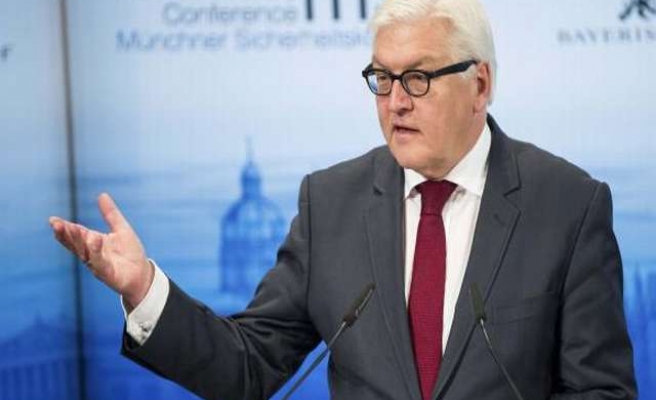 Germany's decision to ask the CIA station chief in Berlin to leave the country was an inevitable response to fresh allegations of U.S. spying on Berlin, German Foreign Minister Frank-Walter Steinmeier said on Friday.

Officials said the U.S. spy chief would be leaving the country soon.

"Our decision to ask the current representative of the U.S. intelligence services to leave Germany is the right decision, a necessary step and a fitting reaction to the break of trust which has occurred," Steinmeier told reporters.

"Taking action was unavoidable, in my opinion. We need and expect a relationship based on trust."

He said a strong transatlantic partnership was especially important now given international crises. He would tell U.S. Secretary of State John Kerry when they meet in Vienna at the weekend for talks on Iran's nuclear programme that Germany was eager to revive that partnership on the basis of mutual trust.

The scandal has chilled relations with Washington to levels not seen since Chancellor Angela Merkel's predecessor opposed the U.S. invasion of Iraq in 2003. It follows allegations that Merkel herself was among thousands of Germans whose mobile phones have been bugged by American agents.

Merkel has not had a phone conversation with U.S. President Barack Obama since Berlin asked the CIA station chief to leave, but the two are in close contact, a German government spokesman said on Friday.

"There has been no phone call (between) the Chancellor and Washington and none is planned. But you know the Chancellor and the American President are in good contact with each other," Merkel's spokesman Steffen Seibert told a news conference.

Seibert said the government expected the U.S. intelligence representative to leave Germany "promptly". The U.S. official has not been publicly named.

The decision to order the CIA representative out came after dramatic reports of U.S. espionage activity in Germany.

On Wednesday, Berlin said it had discovered a suspected U.S. spy in the Defence Ministry. That came just days after a German foreign intelligence worker was arrested on suspicion of being a CIA informant and admitted passing documents to a U.S. contact.

Public outrage at the revelations put pressure on Merkel to take action against the United States.

Germany's biggest selling newspaper, Bild, said Merkel had ordered German secret services to reduce cooperation with U.S. counterparts to a minimum, while the Sueddeutche Zeitung called the expulsion "an unprecedented act of protest against American arrogance".

However, there is a limit to what Merkel can do and both sides have stressed the need to continue to work closely together.

For example, Germany still wants a free trade agreement being negotiated between the European Union and the United States, despite the cooling of relations between Berlin and Washington over the spying row.

"It remains a project that is very important to the federal government," Seibert said.

Many details would still have to be cleared up, he said, but this was unconnected to differences of opinion with the United States over the use of their intelligence services.

"German-U.S. friendship is much broader and deeper than the narrow area of cooperation of our intelligence services," Seibert said.

The Foreign Ministry said Germany and the United States were working together on crises in Afghanistan, Ukraine and Iran.

"All of that is only possible if we act together. That's true for the Americans as much as it is true for Germany and Europe," a spokesman said. "We are mutually dependent on each other."