Germany sets deadline for Russia to engage on Ukraine 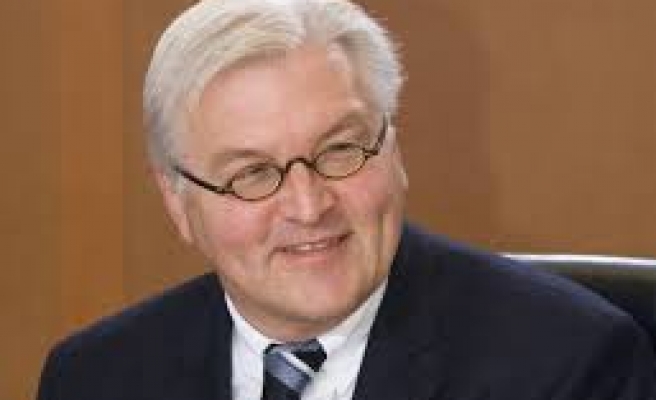 German Foreign Minister Frank-Walter Steinmeier said on Tuesday he expected EU leaders to take concrete steps to punish Russia unless it shows a readiness in the next day and a half to work towards a diplomatic solution in Ukraine.

Speaking in Geneva after what he described as "difficult, long and serious" talks with Russian Foreign Minister Sergei Lavrov on Monday night, Steinmeier said he had given his Russian counterpart the message that Moscow must do more to reassure the West about its intentions in Ukraine.

Asked by reporters about further sanctions on Russia, Steinmeier replied: "That is the time pressure we are facing.

"I think that if we don't see decisive steps in the next one-and-a-half days in terms of coming to an international agreement, for example on the creation of a contact group with which Russia is ready to work, then I think the discussion among leaders in the European Council will indeed lead to measures being taken," he said.

European Union leaders are due to meet on Thursday in Brussels to coordinate their response to the Ukraine crisis.

"I took away from the talks that the Russian side is aware of the seriousness of the situation, and also received assurances that there will not be an attack on (Ukraine's) territorial intergrity," Steinmeier said.

"I answered that this must also be signalled and documented through Russia's behaviour and that what we've seen so far does not yet achieve this."

Steinmeier welcomed reports of a partial pullback of Russian troops involved in a military exercise in western Russia, but said he had no official confirmation of the move.

Putin declared at the weekend he had the right to invade Ukraine to protect Russian interests and citizens.

"It is important to explore every possibility to prevent a collapse into violence," Steinmeier told reporters.