German Chancellor Merkel, Spainish PM Rajoy have called on EU member states to agree on a fair distribution of refugees 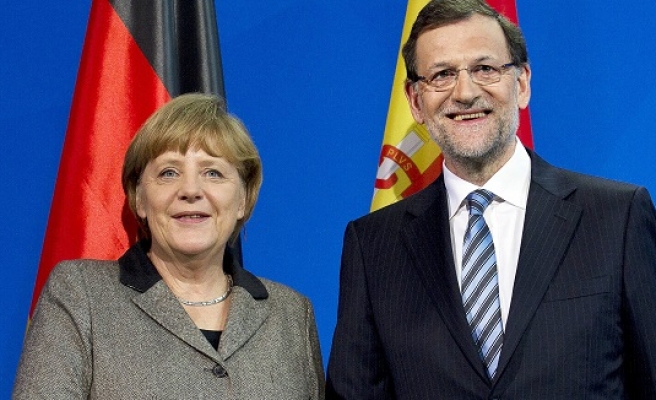 Leaders of Germany and Spain have called for a common EU refugee policy and urged member states to agree on a fair distribution of refugees, most of whom are fleeing conflict zones in Syria and Iraq.

“We share the same view that EU should adopt a common European asylum policy. Each member state and also the European Commission has responsibility,” German Chancellor Angela Merkel said at a joint press conference with Spanish Prime Minister Mariano Rajoy in Berlin Tuesday.

“We agree that those refugees escaping civil war or political pressure should be distributed among European states in a fair way according to the economic strength, capacity and size of the each state,” Merkel said.

The German and Spanish leaders met amid the biggest refugee crisis affecting Europe in decades, with thousands of asylum seekers and migrants from Middle Eastern and African countries trying to reach Western Europe.

“What we are facing today is the biggest challenge for Europe,” Rajoy said.

He said that EU countries should promptly agree on a common asylum policy to share the burden and prevent further tragedies on their borders.

Refugees and migrants crossing the Mediterranean has exceeded 300,000 in the first seven months of the year, including almost 200,000 people landing in Greece and 110,000 in Italy, according to the UN.

Some 2,500 migrants have died or gone missing this year so far, while trying to reach Europe.

Rajoy said that the EU commission should step up plans to set up camps in hotspots like Greece and Italy where migrants and refugees would make their first registration and wait for the examination of their asylum application.

He said that migrants whose asylum applications had been approved should then be distributed among EU member states in a fair way, taking into account factors like the Gross Domestic Product, unemployment, and number of refugees already accepted by the state.

According to the EU’s “Dublin regulation”, any asylum seeker has to apply for a refugee status in the EU member state where he or she entered first.

The regulation has increased the burden on EU member states Greece and Italy, which were the two main entry points of migrants and refugees who try to reach Western European countries.

Amid the worsening condition of Syrian refugees, German authorities have recently stopped expelling Syrian asylum seekers to EU countries where first they registered, and started to examine their asylum applications in Germany.

This change in practice led Hungary to allow on Monday thousands of mostly Syrian asylum seekers travelling to Germany by trains, causing a chaos in Budapest's central train station, with hundreds of migrants and refugees attempting to get onto the trains.

The interior minister of Germany’s federal state Bavaria, Joachim Herrmann, criticized Hungarian authorities on Tuesday for not meeting the requirements of the EU law.

“Hungary should meet its responsibilities and register asylum seekers there in line with the Dublin regulation,” he said.

But Herrmann also underlined that refugees who already arrived Germany from Hungary would not be sent back.