Some 5,000 people will be accommodated in a tent city near Austro-German border 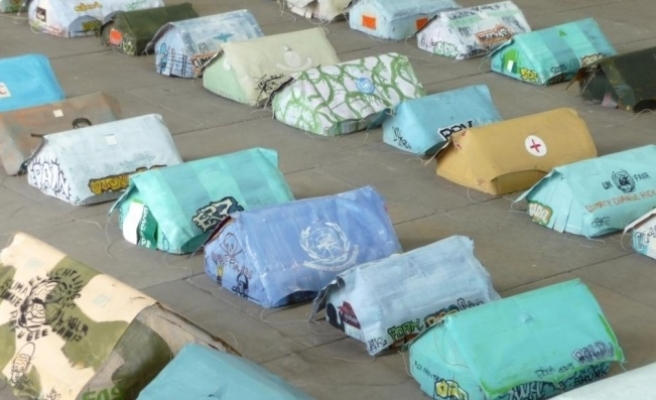 Bavarian Interior Minister Joachim Herrmann told local media in Munich that the federal government will build a major tent city in the southern state amid the continued refugee influx.

The tent city will be built at a military training area in Feldkirchen, 125 kilometers [77 miles] north of Munich and will accommodate up to 5,000 refugees, German press agency DPA reported.

Herrmann said the tent-city will function as a temporary "waiting zone" for the refugees, before they are resettled in other cities and states.

Germany’s southern state of Bavaria has become the focal point of refugee influx in recent weeks, after Hungary introduced harsher border measures and rerouting many refugees to neighboring Austria to travel onwards to Germany.

The German government continued its criticism of Hungary on Friday and called on it and all EU member states to accept refugees escaping civil wars.

"Stopping refugees at the border, actually sending them back, cannot be a contribution to a sustainable solution to the current problems we face," German government spokesman Steffen Seibert said at a press conference in Berlin.

"We are aware of the great challenge faced by countries like Greece, Macedonia, Serbia, Hungary, and now also Croatia …There can be no partial, national solution to this biggest humanitarian challenge in Europe since World War II. We can only solve this problem if Europe acts in cooperation, addresses the problem in solidarity, in a constructive way," he said.