Chancellor Angela Merkel has ruled out sending arms and has said there will be no military solution to the crisis. 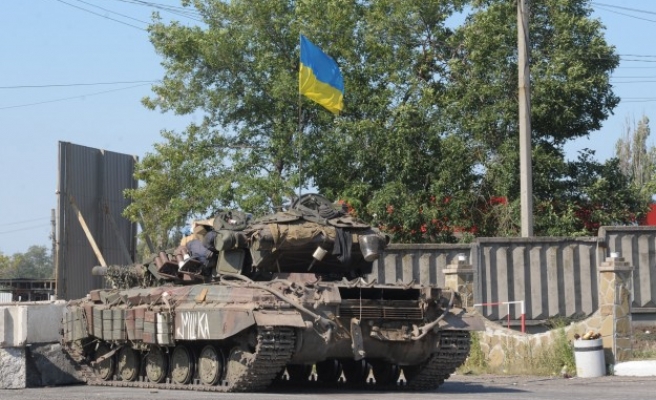 Germany will deliver protective equipment and medical aid to Ukraine's army, a government spokeswoman said on Wednesday, one day before a NATO summit in Wales where leaders will discuss how to respond to the conflict with Russia in eastern Ukraine.

"The German government has several requests to export protective gear for Ukrainian armed forces. Departments have already concluded the assessment with a positive outcome," said the spokeswoman.

A request for mobile military hospitals has also been agreed, she said.

The Nordwest Zeitung daily had reported that Germany would supply protective vests as well as medical aid and mobile hospitals.

Chancellor Angela Merkel has ruled out sending arms and has said there will be no military solution to the crisis.

Western countries accuse Moscow of sending armoured columns of troops into Ukraine, where the momentum in a five-month war shifted last week decisively in favour of pro-Russian rebels, who are now advancing on a new front towards a major port.

NATO leaders are expected to respond to the Ukraine crisis by agreeing to create a "spearhead" rapid reaction force that could be sent to a hotspot in just two days.

The defence alliance will also continue short-term measures including sending more fighter aircraft to the Baltics and stepping up military exercises in eastern Europe.