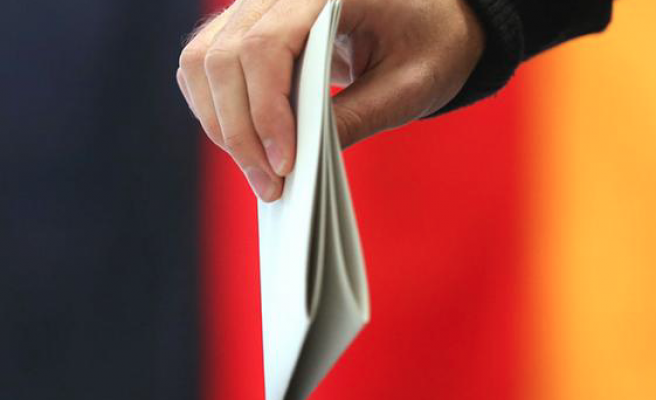 Germans headed to polls on Sunday in a general election that is expected to return conservative leader Angela Merkel as the head of another coalition government.

The 63-year-old Merkel, who is seeking a fourth consecutive term as German chancellor, remained the clear favorite in opinion polls throughout the election campaign.

The latest survey by INSA/YouGov released on Friday predicted that Merkel’s conservative Christian Democratic Union (CDU) and its Bavarian sister party Christian Social Union (CSU) would win 34 percent of the vote, but still fall short of an outright majority at the parliament.

Behind the SPD, a range of parties from the left to the far-right were battling for the third place.

The far-right Alternative for Germany (AfD), which adopted an explicit anti-Islamic rhetoric during the election campaign, was polled at around 13 percent, by the INSA/YouGov.

The same survey showed support for Left Party at 11 percent, with liberal Free Democrats just behind at 9 percent, follow by the environmentally-friendly the Greens at 8 percent.

The growing support for the far-right AfD, which failed in the previous general elections to cross the 5 percent threshold to enter the parliament, has been a widespread concern in the country.

“If AfD really enters the Bundestag, for the first time in more than 70 years, Nazis will speak again at the parliament,” Germany’s Foreign Minister Sigmar Gabriel, a social democrat, has recently said.

The Alliance of German Democrats (AD-D), a new party recently formed by ethnic-Turkish citizens, is running for the first time in the federal election.

It has protested mainstream parties for not taking a strong stance against growing anti-Turkish sentiment in the country.

Among the three million people with Turkish roots in Germany, half of them have German citizenship. Approximately 800,000 ethnic-Turkish citizens are eligible to vote, according to estimates.