The march has been cancelled due to a concrete threat of an attack against one of its leaders at the weekly rally, police says 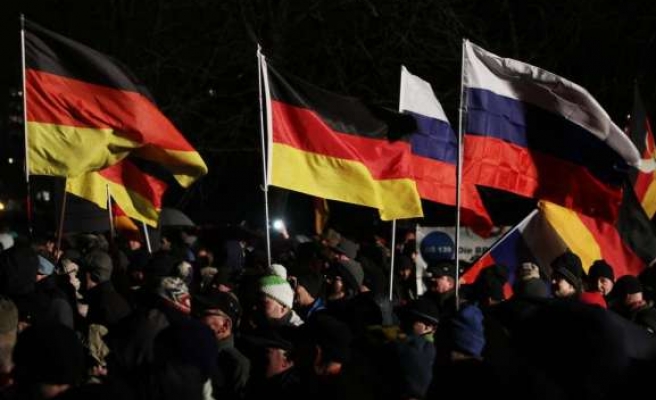 A march by the German anti-Islam PEGIDA movement in the eastern city of Dresden planned for Monday has been cancelled due to a concrete threat of an attack against one of its leaders at the weekly rally, police in Dresden said on Sunday.

Confirming an announcement made on PEGIDA's facebook page, a spokesman for the Dresden police said that they had placed a "general ban" on all public gatherings on Monday. That included the group that calls itself "Patriotic Europeans Against the Islamisation of the West".

"The police in Dresden have received information of a concrete threat against the weekly PEGIDA rally," Dresden police said in a statement, citing information it has obtained from Germany's BKA federal crime office and the Saxony crime office.

"Assasins have been called up to mingle among the PEGIDA protestors and murder one of the individuals leading the rally," police said. The intercepted appeal was "similar to a tweet in Arabic calling PEGIDA demonstrators the enemy of Islam."

Last Monday's PEGIDA rally -- the 12th -- attracted a record 25,000. It followed the attack on French magazine Charlie Hebdo in Paris.

The cancellation came after German security authorities said on Friday they had specific warnings of a risk of militant attacks on central railway stations in Berlin and Dresden. One security source told Reuters the PEGIDA rally, held near the Dresden station, was especially vulnerable.

"Unfortunately we have to cancel our 13th rally due to security reasons," PEGIDA wrote. "An 'abstract threat', as it's called in police jargon, has been switched to a 'concrete murder threat' against one of the people in our organisation team."

The Dresden rallies began in October as a local protest against new shelters for refugees and have attracted growing numbers of demonstrators. Counter marches have taken place across Germany with far larger numbers.

PEGIDA leaders deny they are racist but tensions in Dresden are running high after a 20-year-old asylum seeker from Eritrea was found stabbed to death on Tuesday morning. Prosecutors said 25 detectives had been assigned to investigate the case.