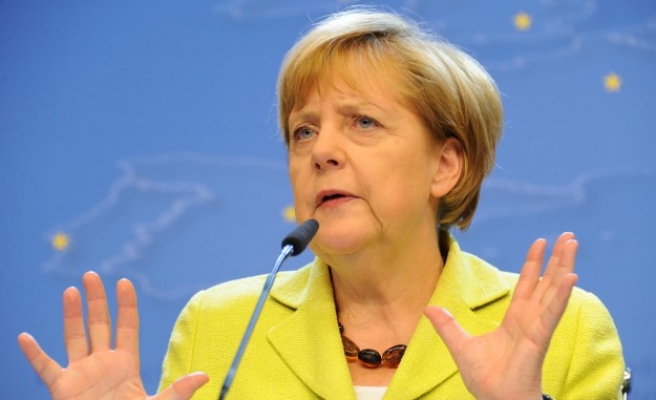 German Chancellor Angela Merkel has come under increasing fire in a data sharing scandal that broke on Saturday.

The report showed that, for years, Germany's Bundesnachrichtendienst had monitored a key international Internet exchange point in Frankfurt, and shared the raw data about Internet users with the NSA.

While the secret service intended initially to filter and to delete sensitive raw data belonging to German citizens, the German agency confirmed in its recent report that an “absolute and error-free” practice was not maintained between the years 2004 and 2008.

At least 5 percent of the data belonging to German citizens had been shared with the NSA, according to the report, which was presented to the NSA inquiry committee at the Federal Parliament.

“This practice has been a deliberate and massive violation of the constitution,” commented Bernd Riexinger, Co-Chair of the main opposition Left Party, in an interview with the business daily Handelsblatt. “This also strengthens the suspicion that the BND has acted as the German branch of the NSA,” he stressed.

The Green Party demanded an immediate explanation from the government and asked for an end to these practices that violate the constitution and the human rights.

“If it becomes evident that the parliamentary committees were deliberately misinformed in the past, than we cannot continue business as usual,” senior Green Party lawmaker Hans-Christian Stroebele said in a written statement.

“This also shows that the main argument of Chancellor Merkel so far, that is to say, ‘On German territory, German law must be complied with’ was untrue,” he stressed.

Merkel herself had been targeted by the NSA’s surveillance.

The scandal was uncovered late last year by the German news magazine Der Spiegel. An examination of the top secret files leaked by whistleblower Edward Snowden showed that the German chancellor was on a list of people targeted by NSA.

Snowden claimed that NSA had regular cooperation with the German secret services, but also carried out its own surveillance activities targeting Germany. According to Snowden, the NSA had collected about half a billion communications each month from Germany.

Merkel criticized the U.S. spying program, saying “spying on friends is not acceptable." She has called on the US to clarify serious allegations and make steps to rebuild trust between the two allies.

Washington and Berlin have started talks on a potential “no-spy agreement” late last year, but these talks fell into a stalemate.

Another intelligence scandal in July involving US secret service activities in Germany resulted in with a top CIA official asked to leave the country by Berlin.

German authorities had revealed that an employee of the German secret service and an official from the Defense Ministry had passed on information and secret documents to the U.S. agency since 2012.

Merkel will survive. The NSA will not.

So what if our fellow government in Germany betrayed the trust of and took advantage of the German people? It's not bad for us in government to lie or betray because when we do it we use our prosecutorial discression to make it ok.It's stupid to think that we should have to do what we say; we are government. Truthfulness and obedience are requirements government opposes on the masses, not itself.http://youareproperty.blogspot.com/?m=1