Protesters in Athens burn buses, cars, and clash with police after Nikos Romanos is kept from university classes. 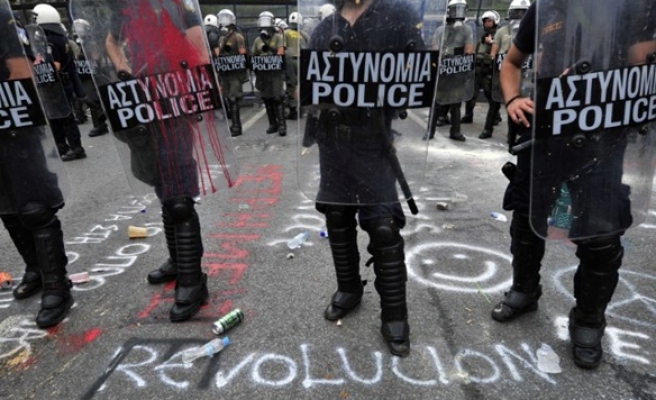 Ten thousand protesters marched in capital of Greece Tuesday evening in support of  Nikos Romanos, an anarchist who has been kept out of university classes.

The protesters, who describe themselves as anarchists, hurled Molotov cocktails and set fire to buses, cars and garbage containers in central Athens.

About 15 people were arrested after confrontations with the police, who used tear gas and stun grenades to disperse the protesters.

Romanos, an imprisoned anarchist who is demanding the right to attend university, has refused food for the past three weeks after starting a hunger strike, and he is in critical condition.

The anarchists later marched to the gate of  Athens University, and some rioters entered the premises, according to the police.

Romanos, 21, is a convicted bank robber.  He passed the university exams while in prison, and he has sought to attend university since September 2014.

Romanos was also a good friend of Alexandros Grigoropoulos, the unarmed 15-year old student who was shot dead by a policeman during the anti-austerity riots in the Greek capital in 2008.

After watching his friend die, Romanos then became a public symbol of rage against authority.

The march took place four days before the anniversary of the death of Grigoropoulos, which sparked weeks of some of the worst riots ever seen in Athens.