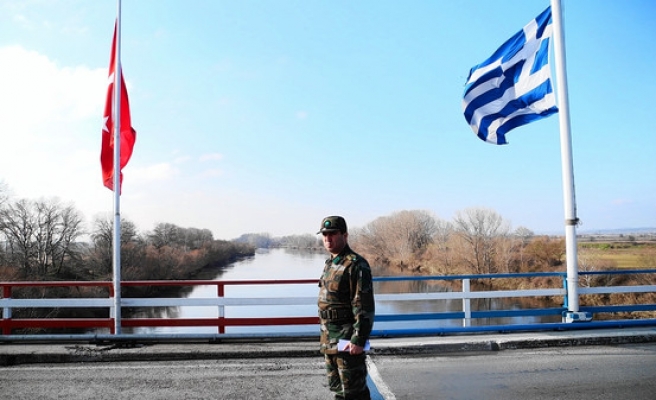 Greece arrested three heavily armed Britons near the Turkish border, police said Sunday, without indicating if the trio were seeking to cross into Turkey.

One of the three, said to be of Kurdish Iraqi origin, was found to have four firearms and 200,000 rounds in his possession when he was picked up at the Kipi border post on the Evros River which borders the two nations.

Police arrested the other two men were in the port of Alexandropolis, the main town in the Evros region and a key commercial centre in northeastern Greece. They were found in possession of 18 firearms and 20,000 bullets stowed in a trailer.

On January 31, two men with Swedish passports were arrested in the same region after they were found carrying "combat material" having flown to Greece from Sweden before heading towards Turkey by bus.

One, Mirsad Bektasevic, a suspected extremist of Bosnian origin, was charged with "terrorist" activities along with an accomplice believed to hail from Yemen.