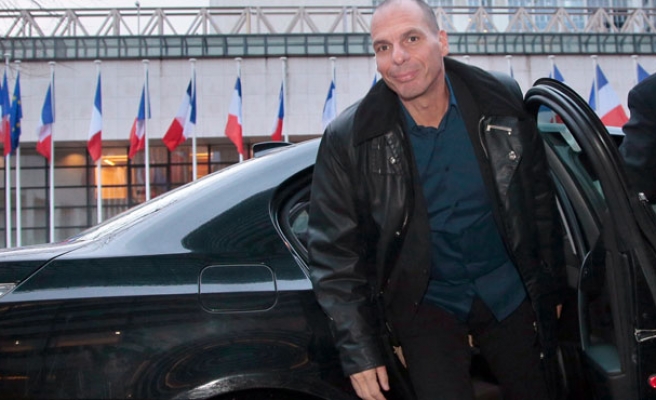 Greece’s new Finance Minister Yanis Varoufakis said that his country wants to reach a new debt deal by the end of May, as he arrived Sunday to Paris and met his French counterpart Michel Sapin and Economy Minister Emmanuel Macron as part of a European tour to renegotiate Greece’s €348 billion ($391.1 billion) bailout.

Varoufakis said that his country is not asking for money without consequences, saying that Greece needs European support in order to pay back its debt. Athens aims to have a new debt deal ready by the end of May, he added.

“Let's be clear, we don't want funds without supervision... we need our European partners to help us to reform and revive our economy... in order to pay back everyone what we borrowed,” Varoufakis told a joint press conference with Sapin in Paris.

Varoufakis also emphasized that Greece is seeking to comply with Europe's standards, and “the well-being of all Europeans” is its priority.

Sapin for his part said that France wants a "new contract" with Greece.

He added that France is ready to offer Greece concessions on its debt and reinforce bilateral relations with it in order to help the country’s new government to revive the Greek economy.

Ahead of the meeting, Sapin has ruled out annulling Greece's debt.

"No we will not annul, we can discuss, we can delay, we can reduce its weight, but not annul," he told French TV station Canal Plus.

Sapin added it that it is legitimate for Greece to want to discuss ways to reduce the weight of its debt, but “There is no future for Greece outside the euro.”

Speaking on Friday after a meeting with the head of the Euro group -- comprising 19 EU finance ministers -- Jeroen Dijsselbloem in the capital Athens, Varoufakis announced that Greece's New Leftist government will not talk to the "troika" -- the IMF, the European Commission and the European Central Bank -- over Athens’ bailout program.

"We know that the Greek people had to endure harsh measures. However, steps have been taken and it is important not to waste it. It is up to the Greek government to determine its position and to us, together we will move towards the future of the eurozone, we are ready to jointly move forward, " responded Dijsselbloem.

A discussion on existing bailout measures will delay Greece’s access to loans it badly needs.

The major banks risk a €2 billion ($2.24 billion) shortfall without an injection of funds from the bailout, and the government won't be able to pay civil servants’ salaries within a few months of a bailout breakdown, according to credit agency Fitch Ratings.

Further, a default on debt could create a run of capital out of the eurozone, as investors lose confidence in the single monetary system.

France’s Premier Manuel Valls has estimated earlier on Sunday that France should help Greece "to meet its commitments" and encourage it to "stay in the Eurozone."

"It is the role of France to encourage the will of the Greek people to stay in the Eurozone… but at the same time, as part of a community, Greece must meet its commitments as part of our common rules, "said Valls.

Germany has already ruled out any cancellation of Greece's debt.

The program of the new Greek government headed by Syriza is certain to include demands to Greece’s creditors to either restructure, or write off part of the country’s outstanding €348 billion ($391.1 billion) public debt, 170% of its gross domestic product (GDP).

Varoufakis will travel to London on Monday to see British Finance Minister George Osborne and to Rome on Tuesday.