The leader of Greece’s far-right Golden Dawn Party, Nikolaos Mihaloliakos, has been jailed pending trial after being charged with belonging to criminal gang. 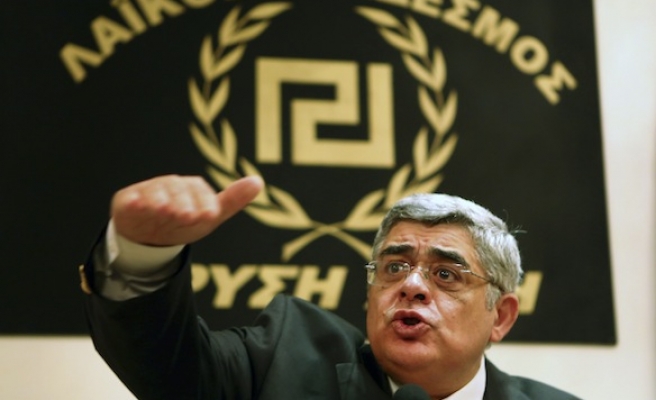 Nikolaos Mihaloliakos, the leader of Greece’s far-right Golden Dawn Party, has been sent to jail as he awaits trial on charges of belonging to a criminal gang. This is the first time an elected party leader has been imprisoned in Greece since a military coup five decades ago.

The charges come after an anti-fascist rap artist was stabbed to death by apparent affiliates from the Golden Dawn Party. This has resulted in a crackdown against the party.

The party currently has 18 seats in the parliament as they challenge the coalition government’s policy regarding the country’s debt crisis.