Alexis Tsipras seeks re-election on Sunday a month after he resigned as prime minister. 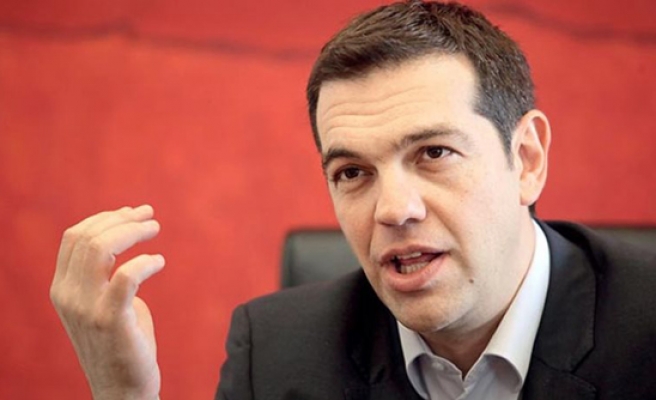 Greece's maverick leader Alexis Tsipras was on Sunday fighting for a second chance to govern the struggling eurozone nation in a tense election with rival conservatives that is proving too close to call.

Polls opened at 0400 GMT in the cliffhanger vote pitting Tsipras's radical left Syriza party against the conservative New Democracy bloc headed by tough-talking ex-lawyer and defence minister Vangelis Meimarakis, who has wiped out the gap between right and left during the election campaign.

Over 9.8 million Greeks were registered to vote in an election that will select a new government to implement a three-year bailout adopted by the country's parliament last month. The divisive decision led to the toppling of Tsipras's government.

With around a tenth of the electorate estimated to be undecided, and the gap between the two parties under the 3.0-percent margin of statistical error, pollsters say the race will be tight.

Many voters said they were casting their ballots with a heavy heart, knowing that whichever party wins, they will still be facing the tough reforms Tsipras agreed in July in return for a new 86-billion-euro ($97-billion) international rescue.

"I hope better days will come but I don't see it happening," he said.

"Whoever is elected the result will be the same," added Yiannis, also a pensioner.

"Greece has been owing money for its entire existence, and as long as this happens it will suffer."

Ballots close at 1600 GMT, at which point exit polls will be available. The interior ministry is expected to make an announcement on the first official results after 1800 GMT.

Tsipras, a charismatic former student leader, was elected in January with 36.34 percent of the vote, becoming Greece's youngest prime minister in 150 years and a beacon for anti-austerity campaigners across the European Union.

He took office as irate Greeks ran out of patience with the dire belt-tightening reforms imposed by the debt-hit country's international creditors. At the time New Democracy trailed well behind, winning 27.81 percent of the vote.

But the latest figures now show Tsipras leading Meimarakis by a narrow margin, with polls putting the Syriza leader's advantage at between 0.7 and 3.0 percent.

It was his own cash-for-reforms deal with Greece's international lenders in July, signed days after Greeks overwhelmingly voted "No" to more austerity in a national referendum, that upset supporters.

A fifth of Syriza's MPs quit the party and set up a new one -- Popular Unity -- saying the deal to introduce more tax hikes and pension reforms in return for a massive international rescue was an unacceptable U-turn.

"He had no option, he did it because he had to, for the country," said retired former teacher Elias Pappas. "If we'd had to leave the eurozone instead, the consequences would've been far worse."

Helene, a waitress, added: "We need to give him a second chance."

"He's only had seven months in office," she said.

Tsipras was forced to call a new election to ensure a strong enough majority to implement the reforms. But in a slap in the face this week, his flamboyant former finance minister Yanis Varoufakis said he would vote for the breakaway hardliners rather than Tsipras.

As Tsipras wound up his campaign Friday, he said victory for Syriza would strike a blow for Europe's left.

"Do we want a Europe of austerity or one of solidarity and democracy?" the 41-year-old said. "The result will be a key message for Europe."

Manolis Alexakis, a political sociologist at the University of Crete, says Greeks are weary after successive votes and never-ending austerity.

"People seem tired," he said. "The message is, please finish whatever should be done."

Even after Tsipras's broken promises, many voters believe he has their interests at heart and represents a break with past leaders perceived as corrupt.

But Meimarakis has cautioned voters against giving a second chance to a politician who publicly admitted he opposed the bailout he signed.

"Do you know of any other prime minister who brokered a deal, brought it to parliament, voted for it and signed it, whilst saying he does not believe in it?" Meimarakis told the To Vima weekly.

"I fear that if Syriza is elected... the country will soon be led to elections again," said the bushy eye-browed 61-year-old who took the helm of New Democracy a couple of months ago.

But with nine parties hoping to enter parliament, no group is likely to secure an outright majority and Syriza could well need an ally from among those he despises.