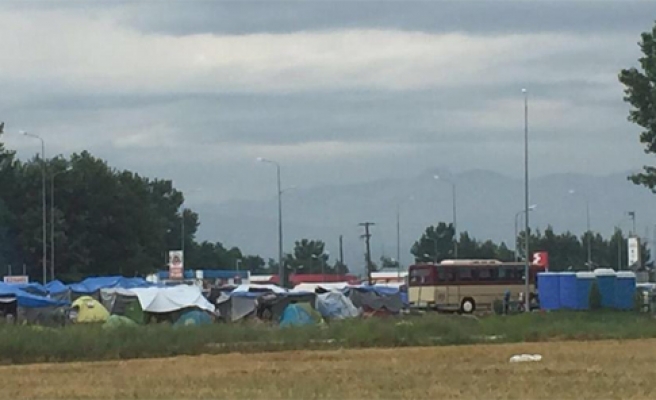 Greek police on Monday began moving out refugees from a makeshift camp at Polykastro on the border with Macedonia, a local police official told AFP.

Several buses were filled with refugees, who will be transferred to reception centres elsewhere in the region, said the source.

"Everything is proceeding calmly for now," the official said, speaking on condition of anonymity, adding that 300 police officers were involved in the evacuation.

The makeshift settlement, about 20 kilometres (12 miles) from the border with Macedonia, gathers around 1,800 people, many of them Syrian Kurds.

Located around a filling station, it swelled after Greece closed down a large refugee camp at the border town of Idomeni last month, moving out around 12,000 people.

The media were barred from covering Monday's evacuation, except for the state TV channel ERT and the national news agency ANA.

The camp closures are part of a strategy by Greece to prevent a buildup of refugees in squalid conditions after EU countries began to shutter their borders to the human influx.

Around 49,000 refugees -- a term that also includes people seeking asylum -- are blocked in Greece.

Another 8,500 others are being held on Greece's Aegean Sea islands, under the March 20 deal between European Union and Turkey which allows people who have not filed for asylum in Greece to be sent back to Turkey.