Greece must make reforms in exchange for cash: Dijisselbloem

Eurogroup head warns Greece that no emergency funds will be made available if Greece does not implement economic reforms. 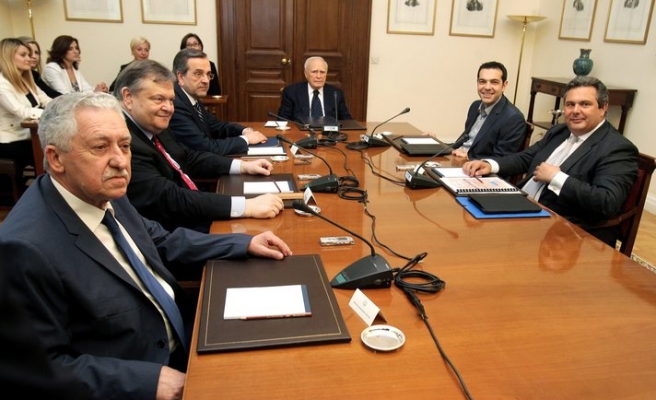 In an interview with the Financial Times on Sunday, Dijisselbloem, who heads the 19-Member group of European finance ministers, said that Greece could receive "a first  disbursement” of the €7.2 billion ($8.04 billion) remaining in Athens’ €172 billion ($192.2 billion) bailout as early as this month." Greece could also receive emergency loans from the European Central Bank.

But none of this will happen if there is not immediate action on economic reform, Dijisselbloem warned.

“My message to the Greeks is: try to start the programme even before the whole renegotiation is finished,” Dijsselbloem said. “There are elements that you can start doing today. If you do that, then somewhere in March, maybe there can be a first disbursement. But that would require progress and not just intentions.”

The Greek government is rapidly running out of funds. Tax receipts in January were €1 billion below expectations.

Greek Finance Minister Yanis Varoufakis has asked for the limit on the government's short-term borrowing to be lifted, but the European Central Bank has refused to raise the ceiling.

Varoufakis has also asked for bond payments to the European Central Bank to be reduced; this has also been refused.

Greek banks are hard pressed for liquidity and require emergency funding from the ECB in the short-term.