The United Nations has accused Greece of holding migrants in shocking conditions without heating or hot water. 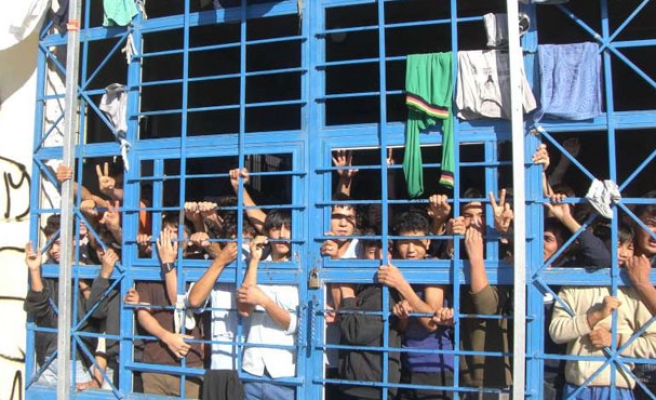 Greece's new left-wing government pledged on Saturday to close down detention centres for illegal immigrants that have long been criticised by rights groups as inhumane.

A Pakistani man had died overnight at the Amygdaleza detention centre in western Athens in a suspected suicide.

"Detention centres - we're finished with them," Deputy Interior Minister Yannis Panousis, who is in charge of public order and civil protection, told reporters on Saturday when he visited the centre.

"I'm here to express my shame, not as a minister but as a human being," he said. "I couldn't believe what I saw. I really could not believe it. This must change and it must change immediately."

The United Nations has accused Greece of holding migrants in shocking conditions without heating or hot water. Panousis said the government would set up "open" reception centres with better facilities.

Greece is the route of choice into the European Union for hundreds of thousands of mainly Asian and African migrants every year. Rising anti-foreigner sentiment during Greece's economic crisis made immigration a hot political issue.

The former conservative-led government of Antonis Samaras launched a sweep operation in 2012 called "Xenios Zeus", after the ancient Greek god of guests and travellers, arresting thousands of undocumented immigrants.

Amygdaleza was Greece's first dedicated detention centre for illegal migrants, and consists of dozens of containers that were originally set up to house people displaced by natural disasters such as earthquakes.