Greece government says will do "all we can" to reach a deal. 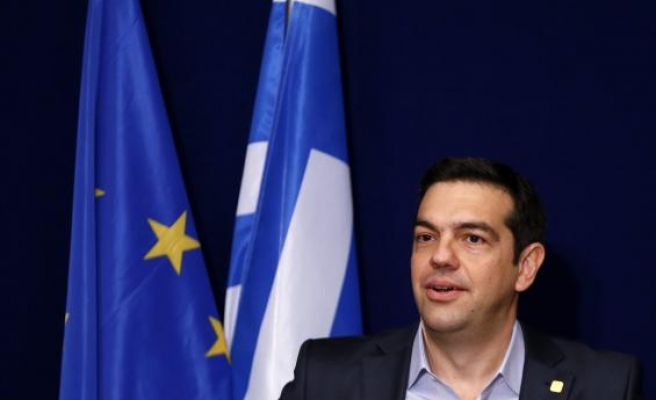 The Greek government promised to do "whatever we can" to secure a deal with its international creditors next week, cheering investors as experts from both sides began technical talks on Friday to lay the ground for an accord.

Fears of financial chaos have seen savers taking their cash out of Greek banks - a movement banking sources said had been the reason for the European Central Bank offering more emergency funding for Greek banks on Thursday until after crunch talks among euro zone finance ministers on Monday.

Greek markets rose strongly after new prime minister Alexis Tsipras, elected on a promise to scrap a bailout deal he says has impoverished millions, agreed to have aides sit down with officials from the European Union, European Central Bank and the International Monetary Fund - commonly known as the "troika".

A spokesman for Tsipras, who had accepted the offer of the technical talks during his first encounter with fellow EU leaders at a Brussels summit on Thursday, said: "We will do whatever we can so that a deal is found on Monday."

On Wednesday, euro zone finance ministers failed even to agree a broad common statement on how to maintain funding for Greece following the expiry at the end of this month of the three-year-old bailout package - an object of hatred for many Greeks along with the troika that has enforced its terms.

Tsipras wants a new financial package, freed of unpopular terminology and the most burdensome conditions. But Germany, backed solidly so far by the other 17 euro zone states, insists his government should extend the current terms for some months, giving it time to develop a new strategy if it wishes.

Greek spokesman Gabriel Sakellaridis also said that if Eurogroup ministers failed to get a deal in Brussels on Monday evening, that would not be catastrophic - a view not entirely shared in some other European capitals, especially those like Berlin and Helsinki where any deal with Greece will need to be ratified by local parliaments before it could take effect.

"DOWN TO HARD FACTS"

Friday's talks in Brussels, which could continue through to Monday, aim to identify which elements of the bailout are compatible with what Tsipras says he was elected to carry out. EU leaders say Greece is free to propose other ways of managing its budget and huge debts, but that these must give creditors - mostly other EU states - credible prospects of being repaid.

"There have been very good political debates ... and now we need to get down to the hard facts," a senior EU official close to the talks said of the efforts to identify areas of agreement and divergence between the creditors' scheme and the government.

"On Monday, we expect a description of what are the overlaps ... and what are the divergences," the official said.

Pierre Moscovici, the former French finance minister who now runs economic affairs for the European Commission, said he was "optimistic" about a deal next week and warned against a failure that many fear would bring unpredictable disruption to Europe.

He said Tsipras "must respect promises and at the same time we are ready, we Europeans, to see what margins of manoeuvre are possible."

Greek spokesman Sakellaridis insisted, however, that Athens remains opposed to implementing reforms that intensify austerity cuts and weaken the social fabric: "What we have been saying is that by Feb. 16 we want to reach a mutually beneficial agreement with our partners and we are moving in this direction."

Greek shares extended their rebound on Friday and the country's borrowing costs fell, as investors held out hope of a deal with the state's creditors.

Banks have been helped by the ECB raising its cap on what they can borrow from the Greek central bank through the Emergency Liquidity Assistance (ELA) window until next Wednesday - adding about 5 billion euros to 65 billion available. Banking sources said the ECB was concerned to bolster the system while negotiations were still going on over the government debt.

Greek bond yields touched two-week lows, but other southern European bond markets were weighed down by worries that the anti-austerity Podemos party will win in Spain's November elections, after the victory of the anti-austerity party Syriza in Greece last month.

"The problem appears to be in the semantics of any agreement, so that both Germany and Greece don't lose face," said Toscafund Asset Management analyst Takis Christodoulopoulos. "But you would have thought that the lawyers would be able to sort this out."

At Thursday's EU meeting, Tsipras presented his views to fellow leaders but summit chairman Donald Tusk ruled out any debate on the debt crisis, saying the presidents and prime ministers did not want to interfere in negotiations being run by the Eurogroup of finance ministers.

German Chancellor Angela Merkel, vilified by the Greek left as Europe's "austerity queen", said Berlin was ready for a compromise: "However, it must also be said that Europe's credibility naturally depends on us respecting rules and being reliable with each other," she said.

Support among Germans for Greece staying in the euro zone has grown over the past three years despite the new government in Athens rejecting its international bailout deal, a poll for German television ARD showed on Friday.

Fifty-one percent of respondents wanted Greece to remain in the 19-country currency union, according to the survey of 1,023 people conducted by polling agency Infratest this week. Some 41 percent wanted Greece to exit the euro, down from 65 percent three years ago, at the height of Europe's debt crisis.