Dealing with Greek banks' growing problem of bad loans is another red line. 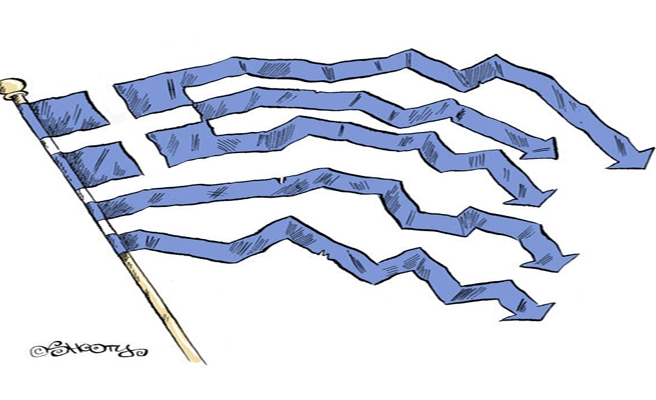 Restructuring Greece's debt and lowering its targeted primary budget surplus will be among non-negotiable "red lines" for the country during negotiations with European partners, a senior finance ministry official told reporters on Monday.

Dealing with Greek banks' growing problem of bad loans is another red line, the official said ahead of key meetings in Brussels this week to discuss Greece's future.

Athens will ask for a bridge agreement until June 1 that includes the return of 1.9 billion euros in profit made by the European Central Bank and other central banks on Greek bonds, the official said.

The official also confirmed that Athens had asked for the ceiling on the issuance of short-term Treasury bills to be raised by 8 billion euros so the country can fund itself in the coming months until a comprehensive deal is found.

Greek banks have already hit the 15 billion euro cap for T-bills. The official also reiterated that Athens wanted its primary budget surplus for the year cut to 1.5 percent of GDP rather than the 3 percent it is required to hit at present.