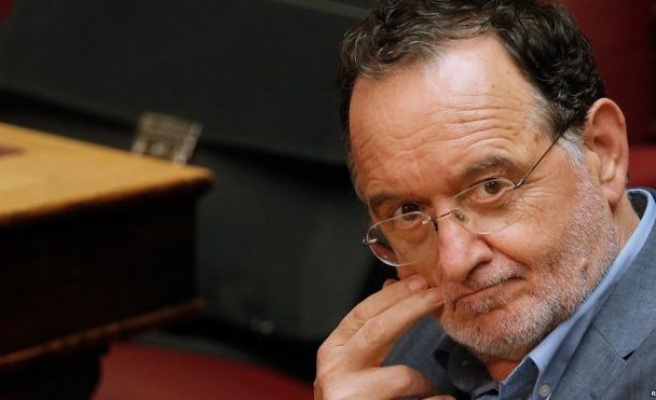 The move confirmed a rift at the heart of the radical-left party, which soared to power in January by vowing to end austerity and erase the bulk of Greece's massive public debt mountain.

At least 25 Syriza rebels will join the new party, named Popular Unity, as Greece launched into a bout of political horse-trading ahead of elections likely be held in a month's time.

"In line with our electoral pledges, we are departing from the parliamentary group we formerly belonged to and are forming a new independent parliamentary group," the eurosceptic rebels headed by ex-Communist former minister Panagiotis Lafazanis said in a statement.

Syriza rebels had mutinied in three separate parliamentary votes tied to the bailout, effectively leaving Tsipras at the head of a minority coalition government.

The revolt prompted Tsipras to announce his resignation late on Thursday, unleashing the early elections which are likely to take place on September 20, state news agency ANA said.

Addressing the nation, the 41-year-old premier said he had worked hard to secure the best possible rescue package for his country, but now needed a clear new mandate from the Greek people after it cost him his parliamentary majority.

"Now that this difficult cycle has come to an end, I wish to submit to your judgement all that we have done," Tsipras said.

The move will leave Greece in the hands of a caretaker government until the vote, which would be the second in just eight months and the fourth since 2012.

The hard-won package -- which kept Greece in the eurozone but comes with demands for painful spending cuts and tax hikes -- proved fatal for Syriza, with those on the eurosceptic left implacably opposed to steps Tsipras took to satisfy Greece's creditors.

It was not immediately clear how much support the new Popular Unity group -- also the name of Salvador Allende's political alliance that won the 1970 election in Chile -- could steal from Tsipras, who is hoping that the snap polls will return him to power in a new position of strength.

Greece's creditors are expected to welcome Tsipras' bid to bolster his hand, with Marcel Fratzscher, an advisor to Germany's economics minister, describing his resignation as "good economic news for Greece and for Europe".

Berlin insisted it expects Athens to implement the reforms agreed under the bailout deal, saying Tsipras's resignation has not changed anything.

"The programme was agreed with the Greek government, and that runs on for three years. That has not changed," Steffen Seibert, spokesman for Chancellor Angela Merkel, told reporters.

Lafazanis, who was removed from his post during a cabinet reshuffle last month, is an implacable foe of the bailout agreement and has accused Tsipras of betraying the anti-austerity values that brought him to power.

Tsipras handed his resignation late Thursday to President Prokopis Pavlopoulos, who then asked Evangelos Meimarakis, head of the main opposition conservative New Democracy party to try to form a coalition.

According to the constitution, following the resignation of the premier, the president must give a three-day exploratory mandate to each of the three largest parties in parliament to see if they are able to form a coalition government.

If they fail, the president must organise early elections.

Greek commentators and analysts did not rule out the possibility that Lafazanis could be handed a mandate if the right fails.

Before the emergence of the new party, the third largest grouping in parliament was the ultra-nationalist Golden Dawn, which holds 17 of parliament's 300 seats.