Sticking points include how Greece intends to handle bad debts, household debt and a tax hike for private education 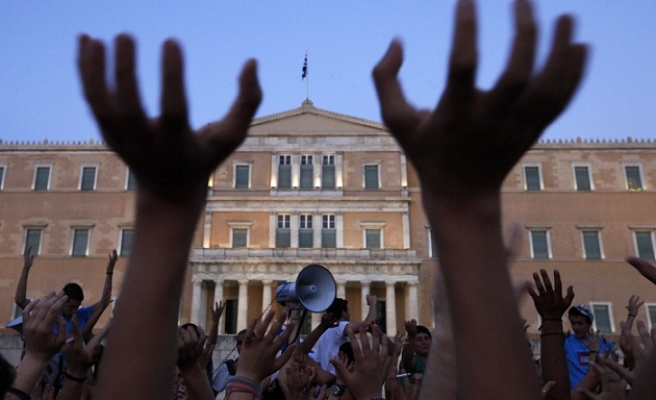 Talks between Greece and its international lenders on implementing required reforms are "on the right track" despite a few sticking points, the European commissioner for the euro said Monday.

"We had very good and constructive discussions," Valdis Dombrovskis told a joint news conference after meeting with the Greek finance and economy ministers, Euclid Tsakalotos and George Stathakis.

"I think we are on the right track as regards the cooperation and as regards working towards our joint aim of restoring economic growth and job creation in Greece," said Dombrovskis, who is on a two-day visit to Athens.

But he urged that the reforms be carried out "as quickly as possible".

Sticking points include how Greece intends to handle bad debts, household debt and a tax hike for private education.

The creditors are asking Athens to implement measures to facilitate foreclosures on principal residences, while Athens wants to continue protections for most indebted households.

Asked about these issues, Dombrovskis and Tsakalotos said they were seeking a compromise.

Dombrovskis said Greece might propose "alternative measures" as long as they do not undermine the goals of the reforms.

The commissioner's visit came after initial talks last week between Greek officials and EU and IMF negotiators on implementing reforms demanded by the creditors in exchange for a third bailout agreed in July.

Greece received a first tranche of 13 billion euros in August to help it meet payments owed to the European Central Bank and the International Monetary Fund.

The creditors' visit was the first since left-wing Prime Minister Alexis Tsipras returned to power after a snap vote on September 20.

Dombrovskis was to meet later Monday with Labour Minister George Katrougalos and Tsipras.

On Tuesday Dombrovskis is to meet with central bank chief Yannis Stournaras about recapitalising the banks.