Greece will request an extension until the end of August, says the official Athens-Macedonian News Agency quoting anonymous sources. 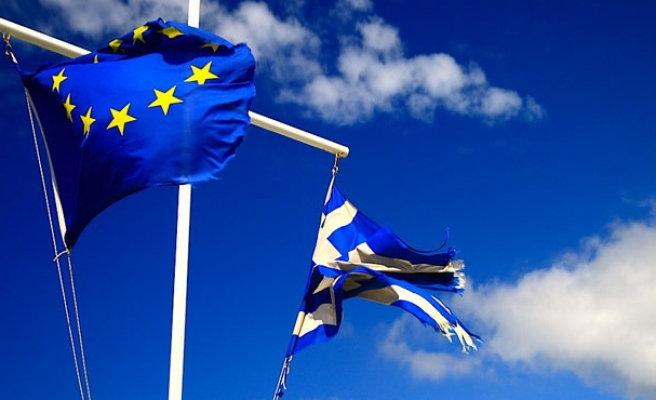 The official Athens-Macedonian News Agency quoting anonymous sources said that the Greek government was “considering the possibility of extending the loan agreement, differentiating it completely from the bailout program.”

Greece's economy is reeling from the effects of a bailout program engineered by the troika -- the European Central Bank, European Commission and International Monetary Fund.

According to the official Greek agency, Greece would request an extension until the end of August and the relevant explanatory letter accompanying the request would be based to a large degree on the European Commission's proposals included in the so-called "Moscovici document" that was leaked to the press Monday.

If the letter satisfied the Greece’s European partners, then Eurogroup President Jeroen Dijsselbloem would call an extraordinary meeting Friday.

The Athens-Macedonian News Agency quoting Eurozone sources said that for the funding of Greece’s loan agreement to continue, the country would have to accept some terms and conditions, and Dijsselbloem, along with other Greece’s partners, would examine whether these conditions were included in the Greek request.

The same sources said Athens did not want a rift with Europe and was willing to find a solution and that the main issue now was whether the content of the request would satisfy all sides.

Tensions were raised in talks in Brussels on Tuesday after Greece rejected an extension of its €240 billion ($274 billion) bailout -- which expires on Feb.28.

Greek journalists briefed in Brussels by the country’s finance ministry officials reported that the extension request would be accompanied by terms and conditions proposed by the Greek side, including commitments to refrain from taking unilateral actions and collaboration on policies ranging from clamping down on tax evasion to pressing ahead with privatisations.

On Monday, Dijsselbloem said, "I hope that Greece will ask for an extension of the program, and once they do, we can allow flexibility within the program that will adapt to Greek political priorities."

As the talks continue to make little progress, Greek banks are losing about $2 billion every week as depositors withdraw funds, according to a report from JPMorgan, which said Greek banks would be out of funds within a few weeks.

The only source of funding for Greek banks is an emergency loan from the European Central Bank, which has made no commitment to making such funding available under the current circumstances.