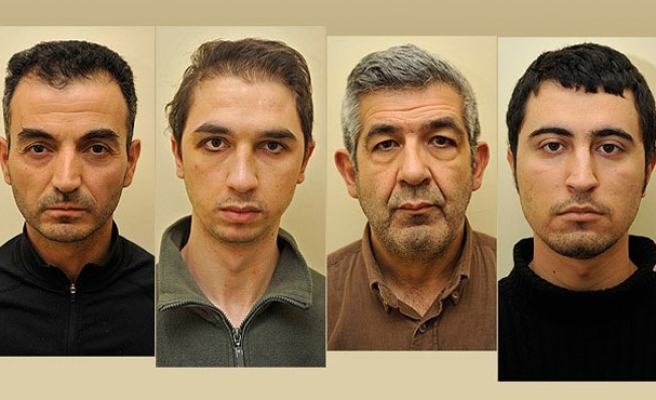 The four men were arrested Monday after arms and ammunition were discovered at their apartment, which they rented 18 months ago by claiming to be Syrians, during an anti-terror raid.

They were given until Friday to prepare their pleas, and are facing several charges, such as forming and being members of a terror organization, supplying and possessing explosives, possessing illegal weapons, forgery and illegal entry into Greece.

Of the four, Huseyin Fevzi Tekin has been identified as an important member, wanted by Turkish police, of the outlawed Turkish leftist group DHKP-C.

The 49-year old, who was caught in possession of a fake Bulgarian identification card, is being held on suspicion of involvement in a 2011 explosion which killed a 35-year old man of Kurdish origin in the Greek city of Thessaloniki.

Investigations also revealed that Tekin's fingerprints matched those found on weapons on a boat seized off Chios Island in July.

Meanwhile, 41-year old Ismail Akkol is being held on suspicion of involvement in the 1996 murder of Ozdemir Sabanci, a famous Turkish businessman.

On Thursday, another Turk named "Cetin" was arrested by the Greek police as part of an operation against the DHKP-C launched Wednesday.

Greek police have not released details about the operation.