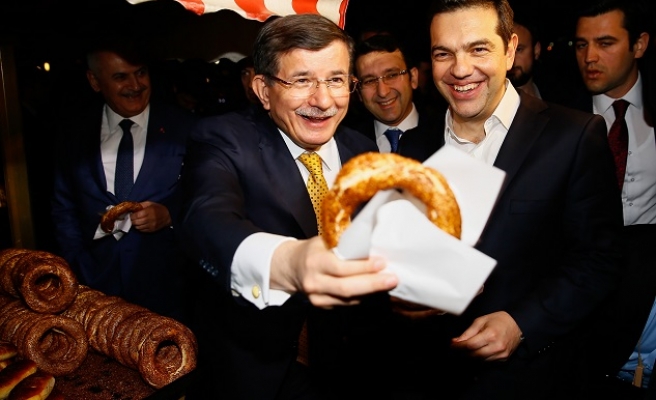 The prime ministers of Turkey and Greece met in the coastal city of Izmir, in western Turkey, less than 24 hours after an EU-Turkey summit heralded as the first step in resolving the refugee crisis.

Speaking at a gala dinner, Tsipras said: "The basis of our meeting today is not only to develop economic synergies. We are experiencing a common refugee crisis."

Defining the meeting as "historic", he added: "Through these developments, we need to strengthen solidarity, dialogue and communication between the two countries."

Ankara has requested 6 billion euros ($6.6 billion) in total to meet the needs of Syrian refugees in Turkey and demanded that its EU accession process be fast-tracked.

Davutoglu also confirmed that, according to the Turkish proposition, for every Syrian refugee returned to Turkey, another would be resettled in the EU from Turkey. The plan is aimed at tackling people smugglers who send refugees on dangerous sea journeys from Turkey to Greece.

"We hope that we will together combat human smugglers who despitefully and feloniously exploit the future dreams of people," he said.

More than 440 people have lost their lives in the Aegean and Mediterranean since the start of the year, according to the International Organization for Migration.