The freak flood struck early on Wednesday in the towns of Mandra, Nea Peramos and Megara, some 50 kilometres (30 miles) west of Athens. 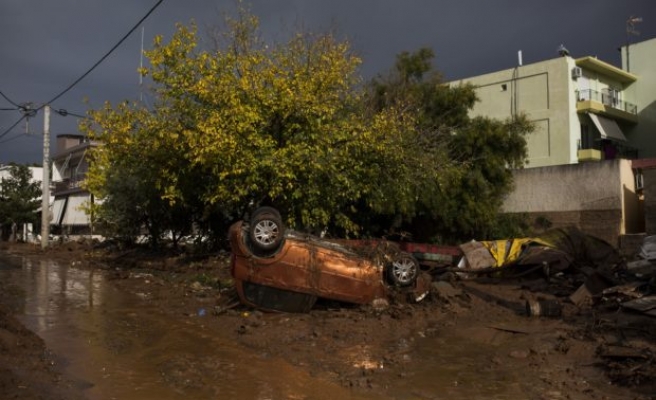 Greece's government on Monday announced relief measures for areas hit by flooding as the death toll rose to 20 with two more people missing.

"All households (confirmed to) have sustained damage will receive an emergency benefit of 5,000 euros ($6,000)," government spokesman Dimitris Tzanakopoulos said in a statement.

The death toll rose to 20 on Sunday after a man's body was recovered in Mandra.

"We are still looking for two more people," a fire department spokeswoman said.

The waters have receded but the area is still full of debris, she added.

Most of the victims were drowned, carried away by the floodwaters and mudslides, or trapped in flooded cars or basements. Several were found at sea.

Tzanakopoulos said around 1,000 homes and properties in the area had been confirmed by inspection crews to have been damaged and their owners would be given state compensation.

He said the relief fund would also apply to other areas hit by flooding last week, including the Aegean island of Symi and parts of central and northern Greece.