The poll by Rass for the Eleftheros Typos newspaper, conducted on Sept. 19-21, put support for GoldenDawn at 5.8 percent, down from 8.3 percent on Sept. 15. 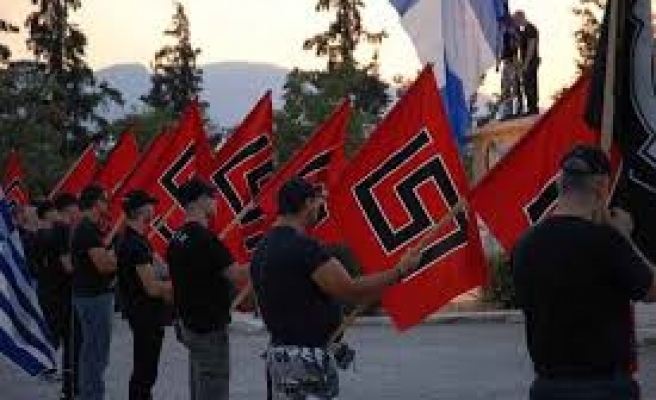 Support for Greece's Golden Dawn has fallen by 2.5 percentage points after the fatal stabbing of an anti-racism rapper by a supporter of the far-right party and most Greeks believe it threatens democracy, a poll showed on Monday.

The poll by Rass for the Eleftheros Typos newspaper, conducted on Sept. 19-21, put support for GoldenDawn at 5.8 percent, down from 8.3 percent on Sept. 15.

Pavlos Fissas was stabbed to death late on Sept. 17 after being ambushed by a group of unknown attackers, triggering protests in cities across Greece, where economic hardship has divided society.

A man who said he had a "loose" connection with the party has been charged. Golden Dawn, which remains Greece's third most popular party, has denied involvement.

Asked if they believed Golden Dawn was involved in the killing, 77.8 percent of Greeks surveyed said yes and 13.5 percent said no. Most - 57.6 percent - said they believed the presence of Golden Dawn in political life threatened democracy.

Golden Dawn rose from being a fringe party to win 18 seats in the assembly in a June election, the first time it has entered parliament.

It campaigned on a staunchly anti-immigrant and anti-corruption agenda and has since won supportfrom Greeks struggling through a deep recession by holding frequent "Greeks-only" food handouts.

The party, with an emblem resembling a swastika, denies accusations of attacks on immigrants. Its members have been seen giving Nazi-style salutes but the party rejects the neo-Nazi label.

Asked to describe the party, 47.5 of respondents called it a "fascist organisation", 30.7 percent called it a "criminal organisation under the guise of a political party", and 16.9 percent described it as a "populist nationalist movement".