Greek energy minister to visit Moscow, hits out at Germany

"The Germanised European Union is literally choking our country and tightening week by week the noose around the economy," he said. 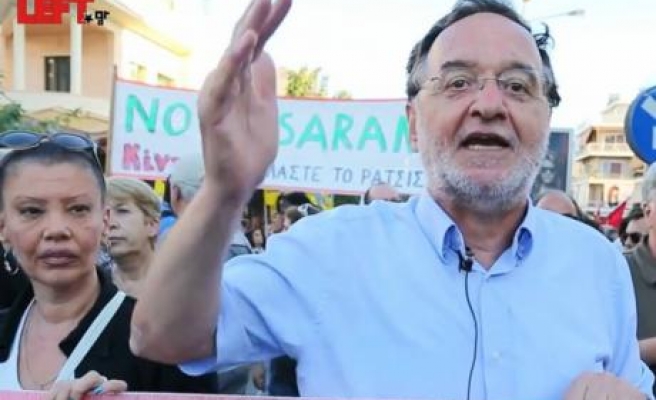 Greece's Energy Minister Panagiotis Lafazanis will meet his Russian counterpart and the CEO of energy giant Gazprom in Moscow on Monday, as he hit out at the EU and Germanyfor tightening a 'noose' around the Greek economy.

But as Athens battles to have a list of reforms accepted by its EU partners in order to secure much-needed funds to stave off bankruptcy, Lafazanis criticised Berlin and said the government must not roll back on its commitments.

"No list should go over the will and sovereignty of the people," he told Kefalaio newspaper in an interview on Saturday.

Greece will run out of money by April 20, a source familiar with the matter told Reuters on Tuesday, unless it manages to unlock aid by agreeing on a list of reforms with EU-IMF partners with Lafazanis opposed to several energy privatisations.