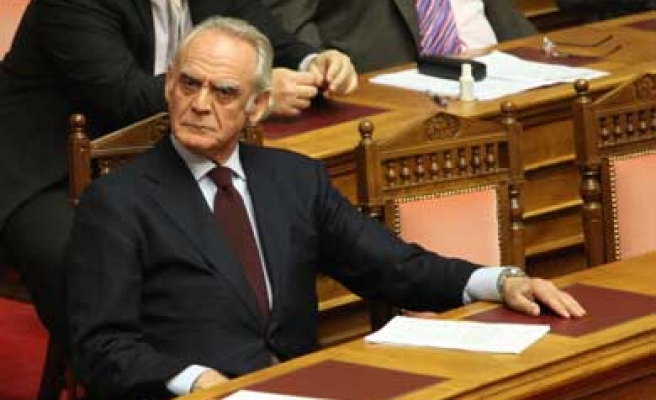 A former Greek minister already in jail for tax fraud was found guilty of money laundering, court officials said on Monday, in a case that has come to symbolise the graft that has plagued the crisis-hit country.

Akis Tsohatzopoulos, who was defence minister from 1996 to 2001, put kickbacks from arms deals between 1997 and 2001 into foreign bank accounts, they said. His wife, ex-wife, daughter and 13 others were also convicted of money laundering on Monday.

The court is expected to sentence Tsohatzopoulos, who is 74 and was a candidate for prime minister in the 1990s, by Tuesday. Money laundering carries a sentence of five to 20 years in jail.

In the highest-profile conviction of a politician in decades, Tsohatzopoulos was sentenced in March to eight years in prison for failing to disclose the source of his wealth and submitting false income statements in 2006-2009.

Soaring unemployment and austerity measures have deepened popular anger against the generation of politicians who led Greece into a debt crisis in 2009. The government is trying to placate that anger by cracking down harder on high-level tax evasion and fraud.

Tsohatzopoulos last served as minister in 2004 and quit politics in 2009.

Two other defendants were acquitted of the money laundering charges, the court officials said.