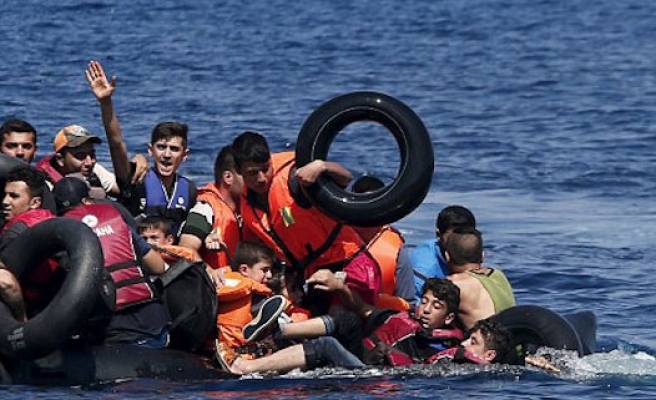 More than half a million people have put their names to an online petition calling for Greek islanders on the frontline of Europe's migrant crisis to be awarded the 2016 Nobel Peace Prize.

In a similar move, noted academics from prestigious universities around the world have reportedly drafted their own submission ahead of a February 1 deadline for Nobel nominations in a move which has won support from European MPs, artists, politicians and the Greek media.

And several prominent Greek figures have also sent a letter to the Nobel Committee, nominating a Greek pensioner and a fisherman for the award, along with Oscar-winning actress Susan Sarandon, the Athens News Agency reported.

Emilia Kamvysis, 85, and Stratis Valiamos, 40, have become local celebrities for their volunteer work while Sarandon has been nominated for raising awareness about the migrant crisis through her visit to the island of Lesbos and volunteer work there.

By 2100 GMT, the number of signatures on petition on the website of campaign group Avaaz had reached 597,697.

"The native populations of the Greek Islands in the Aegean Sea have done and are doing anything possible to help the displaced Syrian refugees, despite being subjected to a severe economic crisis for many years," says the petition which was created by Alkmini Papadaki, an architect from Crete.

"Their acts and sacrifices shall not go unnoticed, because they are significant contributors to world peace and stability," it says.

Nikos Voutsis, president of the Greek parliament, has also backed the islanders' nomination.

"The citizens of the Aegean islands, and especially Lesbos, constitute an example for European civilisation," he said.

According to the International Organization for Migration, over 800,000 migrants and refugees arrived on Greece's shores in 2015.

So far this year, a daily average of more than 1,900 people have landed on the Greek islands after making a perilous journey by sea from Turkey, UN figures show. More than half of them -- over 31,000 -- have been registered in Lesbos.