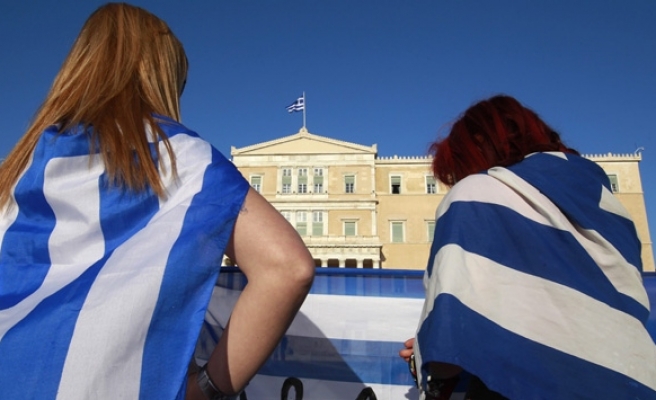 Greece's main opposition, the anti-bailout Syriza party, has widened its lead over the ruling conservatives, a poll showed on Saturday, amid rising speculation that a presidential vote early next year may lead to early elections.

The survey by Public Issue for "Efimerida ton Syntaktwn" newspaper showed Syriza leading with 11 percentage points over Prime Minister Antonis Samaras' New Democracy party, up from 7 points in a poll conducted by the same agency in July.

The pick of a new president in early 2015 has muddied Greece's political scene and could lead to snap polls before the government's term ends in 2016, given the increasingly popular opposition's pledge to block any candidate proposed by the government.

Prime Minister Antonis Samaras' ruling coalition, with 154 deputies in the 300-seat parliament, has downplayed early elections talk but will need the backing of at least 180 lawmakers to select a president, support he is not guaranteed.

More than half of the 1,008 respondents - 54 percent - said they believed a snap election was likely next year, versus 37 percent who said the government was likely to exhaust its term.

The Public Issue poll said Syriza would get 36 percent of the vote if elections were held now, while New Democracy would get 25 percent.

Greeks have felt the pain of austerity during a deep six-year recession, which has forced thousands out of work and eroded living standards. To appease an angry public, the government has promised to cut taxes and create jobs.

In Berlin earlier this week, Samaras for the first time publicly said that Athens hoped to wean itself off its EU/IMF 240-billion-euro bailout, a year ahead of schedule.

Other polling companies have shown narrower leads of between 2 and 6 percent for Syriza in recent weeks.