'The borders are closed and the whole problem is created because of the EU,' says Alt. Min. for Migration Policy Mouzalas 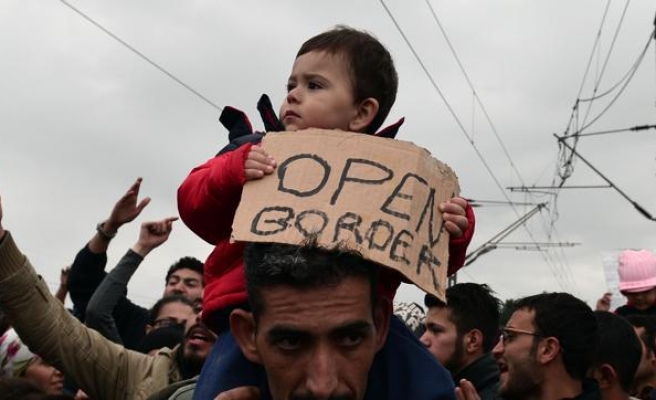 A Greek minister has lamented the closing of borders that have stopped refugees from reaching other areas of Europe.

“The borders are closed and the whole problem is created because of the EU, which instead of materializing its own decisions has become the victim of unilateral actions,” Alternate Minister for Migration Policy Ioannis Mouzalas said on Monday in an interview with the Swiss-Italian Radiotelevision RSI.

Greece has been facing a huge inflow of migrants- being the main entry point- from war stricken countries while thousands more are stranded in the Greek –FYROM borders.

More than 128,000 refugees have crossed the country by sea in 2016 according to the UNHCR office in Greece, while the EU has proposed 700 million euros ($771 million) as humanitarian aid to deal with the refugee crisis.

However the country has been facing much criticism for its inability to tackle the matter properly and was threatened to exit the Schengen zone if it did not control its borders.

Mouzalas said that Europe should implement common decisions regarding refugees and cease being a victim of far-right and xenophobic voices that exacerbate the problem.

“The only solution the EU can offer is the solution we agreed on at the beginning of the crisis”, which is the immediate allocation of refugees directly from Turkey, after the completion of thorough identification of all refugees, he stated.

“Europe will maintain the character it has since its birth, the Europe of Enlightenment, of Romanticism and not that of Medieval Europe,” he added.

According to an Athens Macedonian News Agency report citing data from the Coordinating Centre for the Management of Migration, a total of 33,320 refugees are currently on Greek soil.

Around 6,000 refugees are on the islands while more than 27,000 people remain on the mainland.

According to the police more than 12,000 refugees have been stranded at the camp at Idomeni and around 300 refugees have managed to cross the Greek-FYROM zone over the last 24 hours.

Upon his arrival at the Turkey-EU summit, Greek Prime Minister Alexis Tsipras told reporters that the refugee problem was a common European issue, not just Greece’s, and that a common European solution should be found.

"Today we are looking forward to concrete results in the meeting with Turkey in order to implement the action plan, to substantially reduce flows to Greece and combat networks of smugglers," he told reporters and added that it was necessary to significantly accelerate the process of relocation.

On Sunday, the EU’s foreign policy chief Federica Mogherini and Commissioner for Migration, Home Affairs and Citizenship Dimitris Avramopoulos issued a joint statement on the modalities of the cooperation between Frontex and NATO in the Aegean Sea.

“These operational modalities will maximize the effectiveness, ensure consistency and complementarity of the FRONTEX operation ‘Poseidon Rapid Intervention’ in the area and the efforts of NATO's support activities,” the statement said.