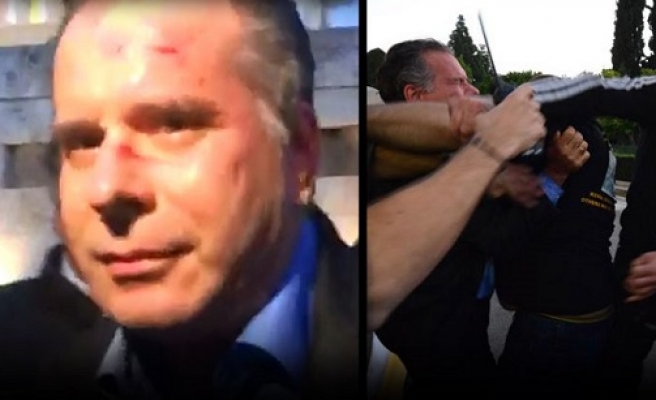 The protest organized by the Pan-Pontic Federation of Greece (PEO) was sparked after Education Minister Nikos Filis said earlier this week that the Pontic Greeks were not genocided by the Ottoman Empire in early 20th century.

Speaking in parliament shortly after the incident, the New Democracy MPs accused neo-Nazi party Golden Dawn of being behind the attack.

"Those who did it...are those who have committed murder, they are the purveyors of racism, xenophobia and what is most extreme in the political and social life of the country," he said.

The New Democracy party said Koumoutsakos had been beaten by "fascists" and that another of its MPs, Miltiadis Varvitsiotis, narrowly escaped being attacked.