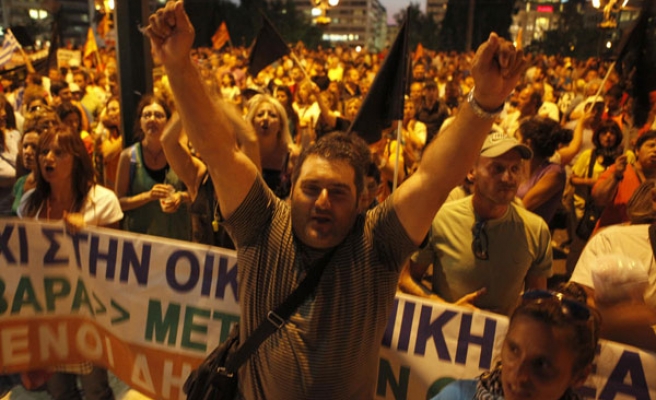 The Greek Parliament approved a versatile draft law which was brought by the government in exchange for more funds.

The assembly approved the draft with 153 'affirmative votes' by the support of two parties which formed the coalition government and it envisaged layoffs in public agencies and institutes and association of several schools and institutions of defense industry with the aim of austerity. The draft also planned to cancel the position of municipal police and school security units.

Greek Union of Local Government Personnel POE-OTA and Unions of Municipalities (KEDE) objected to the draft law and held a protest at Syntagma Square while the law was negotiated.

The country’s largest private-sector union, Greek General Confederation of Labor (GSEE) and Federation of Public Employees (ADEDY) on Wednesday held a 24-hour strike to protest against planned public sector layoffs. During the protest, several streets around the assembly were closed to traffic flow. In addition, KEDE made a statement beforehand and announced that mayors would resign if proposals gvien by KEDE were not approved.