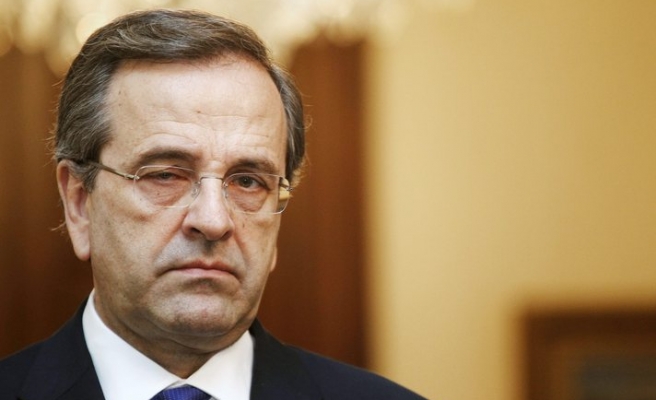 Greek Prime Minister Antonis Samaras made his strongest call yet to the main opposition Syriza party to cooperate in electing a new president in a bid to avert snap elections and a "devastating" period of instability.

In an article in Sunday's edition of the Ethnos newspaper, Samaras warned that failing to elect a president early next year could lead to a prolonged period without a government. Samaras needs opposition support to survive the presidential vote.

"They (Syriza) shouldn't drag the country to early elections due to the presidential vote, leading to instability now that we are close to finally exiting the crisis," he said.

"If they want to coordinate and see how we can elect a president together, then national coordination is feasible".

Samaras's appeal comes as the government fights to survive a looming political crisis. Plans to exit an unpopular EU/IMF bailout by the end of the year appear in jeopardy with Athens struggling to wrap up its final bailout review.

"The political agreement over the post-bailout era must be concluded definitely in December. We're working feverishly for that," Samaras said.

Talks with lenders were tough, he said and promised that Greece would stay on the path of reforms.

After nearly five years tied to EU/IMF aid that has come at the price of painful and unpopular cutbacks, Greece is slowly emerging from a crippling recession and ended a four-year exile from debt markets in April.

Investors, however, have punished Greek bonds recently over fears of a possible snap election with no outright winner.

The ruling coalition's candidate needs to get the support of 180 lawmakers. The government controls 155 MPs in the 300-seat parliament.

Syriza, which is leading in polls, has promised to block the government's candidate the presidential vote, saying that an early election is the only way out for the Greek people, who have been hurt by austerity.