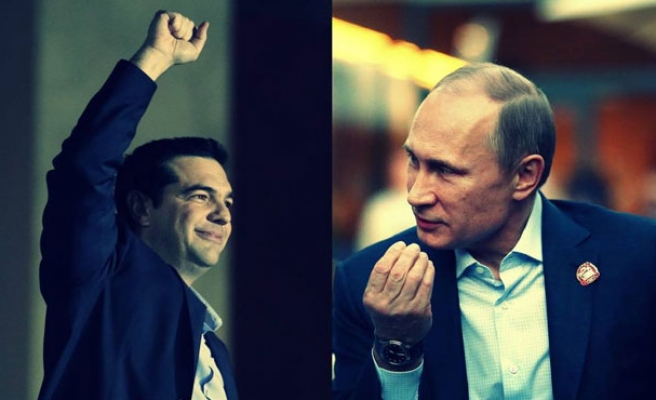 Greek Prime Minister Alexis Tsipras discussed boosting cooperation with Russia including on energy and the economy during a phone call with Russian President Vladimir Putin, the Greek leader's office said on Thursday.

But he also spoke to Putin about the importance of forging peace in eastern Ukraine, where pro-Russian rebels are fighting the European Union-backed Kiev government.

Tsipras's new left-wing government ruffled feathers among European partners with comments soon after being elected that suggested Greece might not support EU policy on Russia.

"The importance of safeguarding peace and stability in Ukraine and the wider region was highlighted," a statement issued by Tsipras's office said.

It said Putin had invited Tsipras to visit Moscow on May 9.

"The Russian president and the prime minister (also) emphasis the need for substantial improvement of the cooperation between Greece and Russia, countries with deep and historic ties, especially in the sectors of economy, energy, tourism, culture and transport," the statement said.