Police said the man was linked to the banned Revolutionary Struggle group and had a notebook suggesting an attack was imminent on Oct. 4 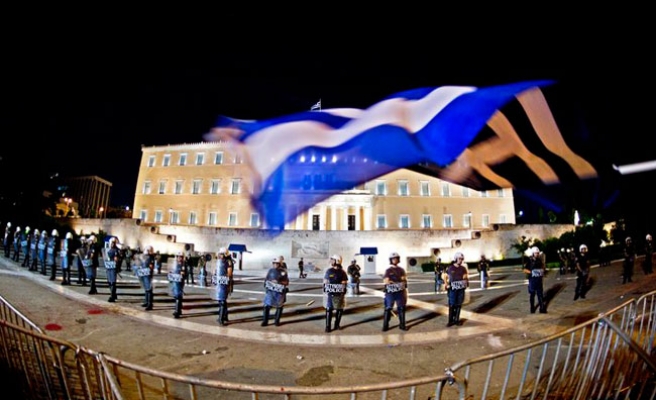 Greek police said on Thursday they had arrested a man linked to an outlawed leftist guerrilla group, in connection with alleged plans for an attack this week on business or political targets.

Police said the man was linked to the banned Revolutionary Struggle group and had a notebook suggesting an attack was imminent on Oct. 4 and that possible targets included the ruling conservative New Democracy party, Greek shipowners and businessmen.

Hours earlier, unrelated to the arrest, a package containing dynamite and cables was sent to Greece's stock exchange but was safely detonated by the bomb disposal unit, police said.

Small-scale bomb and arson attacks are frequent in Greece, which has a long history of anarchist and far-leftist violence. The attacks, mostly causing damage but no injuries, have picked up in recent years as the country has pursued austerity policies to tackle its deepest economic crisis since World War Two.

The device at the stock exchange, held together by clothes-pins, lacked a mechanism to set it off, so would not have exploded by itself, a police official said. It did not affect the trading session, and the market closed flat.

The anti-terrorism force is investigating and the contents of the destroyed parcel are being tested, police said.

In 2009, a powerful car bomb exploded at the stock exchange, slightly wounding one person and damaging the building. An anarchist guerrilla group claimed responsibility.

A car bomb exploded at a central bank building on April 10 this year, hours before Greece sold bonds to foreign investors for the first time since being bailed out four years ago by the European Union and International Monetary Fund. It caused no injuries but smashed windows in one of the busiest streets in the capital.

The man arrested on Thursday was apprehended when he tried to enter a garage that police had discovered with a roof rack belonging to the car used in the April bombing, police said.

The latest developments come amid a tense political climate in Greece, as a weak right-left coalition government gambles on ending the unpopular 240 billion euro ($303 billion) bailout arrangement early, forgoing some of the IMF money, in order to shore up its political support.