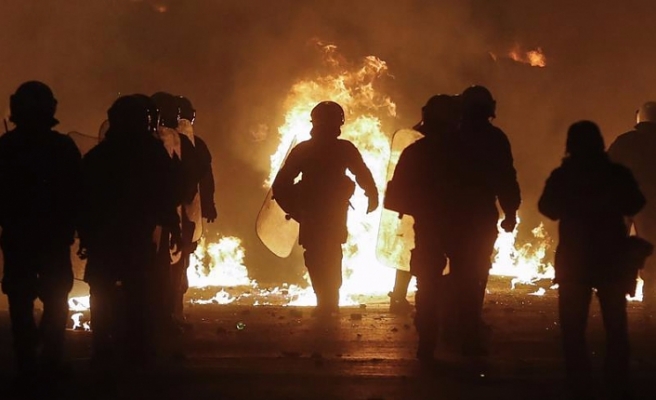 More than a thousand people took to the streets of the Greek capital Thursday to mark the 10th anniversary of the killing of a teenage boy by police.

Alexandros Grigoropoulos, a 15-year-old student, was murdered by a police officer in December 2008. He had been out with his friends in the Exarchia district of Athens when he was shot dead by the officer following an altercation.

His death sparked violent riots across the country that lasted nearly a month.

The officer, Epaminondas Korkoneas, was convicted of murder and sentenced to life in prison.

Thirty people were arrested in Athens during Thursday’s protests, according to police sources.

More than 2,000 police officers were deployed to the scene. A group of protesters hurled stones at police and were dispersed by teargas and water cannons.

Many buildings and cars were also damaged.